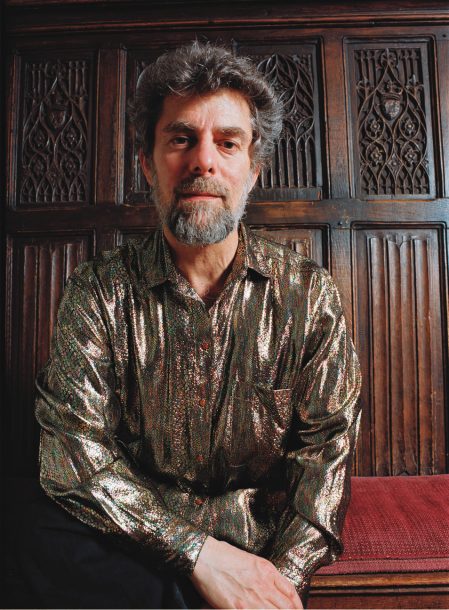 From wedding bands to modern dance, from Dixieland to free jazz, Lou Grassi is the drummer for any job.

The Nu Band is facing a dilemma that might make other musicians storm away in a huff. The quartet, which includes drummer Lou Grassi, is scheduled to play at the University of Pittsburgh’s Public Health Auditorium on this Tuesday night. But it’s 7 p.m., and a university club has started screening Edward Scissorhands in the lecture hall that usually serves as the performance space. With an hour to go before the alleged show time, the promoter hasn’t arrived yet, and no one is sure what to do.

The band, in the middle of a 10-day tour that had them in Buffalo last night, takes it in stride. Bassist Joe Fonda laughs a raspy laugh when he hears the story and heads back to the van to rest. Saxophonist Mark Whitecage and trumpeter Roy Campbell Jr. head down the street into Oakland, the university’s neighborhood, to find dinner. Grassi leaves his cell phone number with the opening band and heads out for some coffee and an interview.

This has been a busy year for the Lou Grassi. A month prior to the Nu Band tour, the drummer landed in Pittsburgh with multi-instrumentalist Gunter Hampel and clarinetist Perry Robinson, playing to a small but enraptured audience. In the following months, he traveled to Europe with the Hampel Trio, made an appearance at New York’s VisionFest with Hampel’s larger Galaxie Dream Band and went into the studio for a handful of recordings with other artists.

The PoBand, Grassi’s free-improvising group that invites a guest musician to their recording sessions, suffered a major setback last year due to the death of one of its driving forces, bassist Wilber Morris. But Grassi plans to revamp that unit in the near future as well. In addition to excelling in these freer forms of jazz, the drummer is also continuing to play Dixieland music, leading the Dixie Peppers, which he founded in 1984, and he frequently performs in the company of dancers.

He might now be one of the busiest drummers affiliated with the New York avant-garde, but 10 years ago Grassi had little connection with that pocket of musicians.

Lou Grassi began playing drums at age 15. After joining the Army in the mid-’60s he attended the Navy School of Music in Norfolk, Va., and later served in the 328th U.S. Army Band before being discharged in 1968.

After hanging around New York City’s early 1970s loft scene, Grassi dropped out and went back to school at the end of the decade. Upon graduating from New Jersey City University with a B.A. in music, Grassi played in wedding and lounge bands and accompanied musical theater and modern dance groups. It wasn’t until the mid-1990s, after getting involved with William Parker and Patricia Nicholson Parker’s Improvisers Collective in New York, that he became reacquainted with free improvisation.

Since then, Grassi has been making up for lost time as a prolific leader, co-leader and sideman in concert and on recordings, primarily for Cadence’s CIMP imprint. Not one to fret over lost years, Grassi sees his time off as part of the process that’s made him a more durable player. “I feel like I’ve done a lot of things I needed to do to be a more complete musician and to really have a story to tell,” he says. “I really developed my way of telling it.”

It’s clear as Grassi talks about his different projects that he revels in the flexibility it gives him. “I’ve been a freelance musician so long, I’ve worked in so many commercial areas where you have to please the bandleader or conductor,” he says. “Those are the two things I think about when I’m a sideman: giving the leader what they want-helping them realize their vision-and serving the music.”

Although he wasn’t playing improvisational music in a jazz setting while working as a dance accompanist, Grassi was able to develop a strong approach toward group interaction. The experience included work with choreographers Bill T. Jones, Arnie Zane and Richard Bull, who set up structures that required dancers and musicians to improvise within a framework.

Grassi is still playing with dancers today. At this year’s VisionFest, the Galaxie Dream Band’s performance, a memorial to the late poet-vocalist Jeanne Lee, included a performance by Prince Alex, a Russian breakdancer who has performed with Gunter Hampel in Europe. Hampel’s son Romi also got on the floor for the performance. The dancers worked off the melodic information as well as rhythmic cues. Grassi says, “I’ve worked as a dance accompanist for more than 25 years, so I’m accustomed to being connected to their movement and having somewhat of an intuitive sense of where they’re headed,” he says. “[We’re] interacting and, hopefully, inspiring one another.”