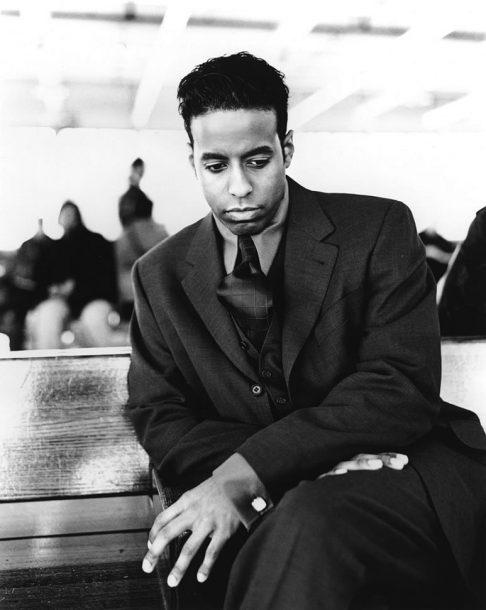 The title track, “Comes Love,” jumps right out at you. There’s something distinctive about Loston Harris’ voice and his piano on his N2K Encoded Music debut. Something that calls for repeated listening.

He started as a drummer and ended up at Virginia Commonwealth University as a percussion major. Visiting Professor Ellis Marsalis changed that when he heard Harris messin’ with the piano. “He said that I had a very natural touch on the instrument and that I should pursue the piano,” Harris recalls. “So I chose to study with him and see if I could develop it a little more.”

He learned fast. Four years later, in 1995, he toured with Ellis’ son, Wynton.

Did his percussion background help? “I was always listening to the piano from a drummer’s perspective,” he explains, “so when I actually played the instrument, I’d already formulated a concept. I incorporate a lot of rhythmic stuff into my arrangements. Also, as a composer and arranger, I find that I’m much more aware of what the groove is.”

Harris only started singing two years ago. “That came from checking out Nat King Cole,” he remembers, “and just being so amazed at how he was able to incorporate the vocals and still play so much piano. That gave me the courage to add the vocals. I’d always been told that it was good to know the words to these songs, as far as the old standards, know how to interpret them, so why not?”

On Comes Love, Harris sticks to standards because he “gets as much joy out of rearranging a tune as I do out of composing. But I have a lot of original instrumentals as well as vocals. I would like to get to the point where I can relate what it is I feel musically, and deliver that as clearly and perfectly as possible, whether it be my own original music or performing a classic song.”