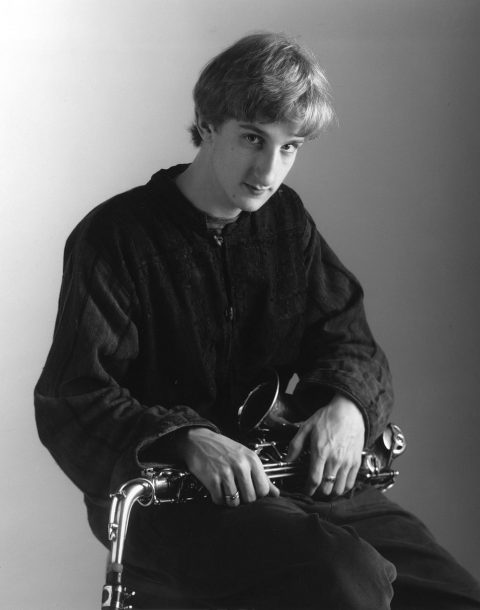 Loren Stillman, a 17-year-old high school senior from Croton, New York, makes his recording debut with Cosmos on Soul Note, recorded when he was 15. He’d already been playing for eight years by then, inspired by an uncle, Michael Stillman who “played the saxophone for me and I just fell in love with it.”

But this no novelty act; instead, Stillman has what Joe Lovano calls “one of these gifts of nature…he’s a natural.” When Stillman was 14, he attended Dave Liebman’s saxophone master class at East Stroudsburg University. Applicants for the yearly class are carefully screened and Stillman’s attendance was not guaranteed.

“It was one of the greatest musical experiences of my life,” he reports. “12 to 14 hours a day of intense study. Dave never lost the energy, he taught non-stop except for a lunch break. He covered a lifetime of music in that week and the things that he talked about during the class, I still have written down on paper or on cassette tapes. I’m still learning from that seminar.”

Stillman wrote four of the tracks on Cosmos and feels that “listening to a lot of classical music has helped me compositionally.” He also names Indian classical music, Ornette, Dolphy, Charlie Parker and John Coltrane as influences.

With his music best described as adventurous, he explains that “I haven’t gone through the normal routine of checking out changes and standards. The music on this CD is what I hear. I’m not trying to force anything. If anything, I’m trying to let things happen naturally for me.

“I don’t ever want to sell myself short. I want to keep my creative inspiration going on through the years. My objective is not to become a star. I’ll be interested to see where my musical style will be in 25 years.” So will we.