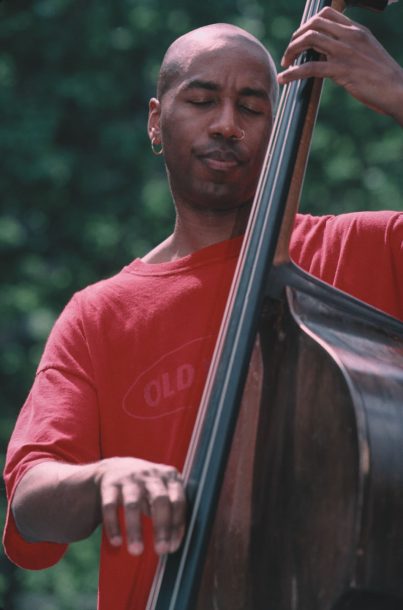 The title of bassist Lonnie Plaxico’s newest and fifth album, Emergence, is a bit misleading considering his noteworthy playing with legends like Art Blakey, Dexter Gordon and Dizzy Gillespie; his immeasurable contributions to the early developments of M-BASE; and, more recently, his appointment as musical director for Cassandra Wilson’s touring band. But after first listen, you quickly realize that Emergence is a most fitting title, because it exhibits a bold confidence and unflinching vitality that was lacking on his previous albums.

And it’s apparent that Plaxico’s musical impulses are very in sync with a lot of other musicians in the post-Motown bop generation. Although the record demonstrates his assuredness with bebop, it also superbly culminates his R&B, funk and jazz-fusion sensibilities in a way that doesn’t pander to any particular school of thought. In short, Emergence is a very now record. “From playing with Blakey, Dexter and Dizzy, and just listening to those records, I know that I can’t mess with that,” contends Plaxico. “Even if you sit down and transcribe all those parts and solos [to play], it still ain’t going to sound like it was in 1958.”

Much of Emergence illustrates Plaxico’s burgeoning talents as a composer who’s wise enough not to disregard the music of his own generation. For example, Plaxico’s wonderfully funky “Red Light District,” which is based on the changes of Cole Porter’s “Love for Sale,” owes as much to hip hop’s manner of reassembling old material as it does to jazz’s legacy of writing compelling new tunes out of old show tunes. “I’m taking advantage of all the things that I’ve experienced as a musician, and hopefully that’s going to make the difference between me and other musicians.”