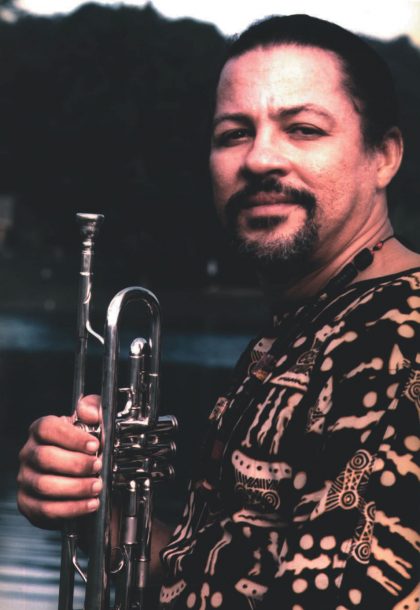 Born in 1950, Parsons studied classical trumpet and played R&B in “all the cut ’em up-shoot ’em up joints in Alabama, Georgia, south Florida.” At 19, Parsons went jazz 24-7 (“I was hearing a sound that wasn’t restricted by meter or anything else.”) and by the late ’70s he was gigging with Sun Ra. In 1980, Parsons recorded a self-titled album that few outside of the Parisian underground heard. Discouraged, he went back to school, earning a Masters degree in classical composition from the University of Florida, where he is now an assistant professor. In ’92, a second album, Work Song, did bubkas. Enter Lady Luck.

In 1999, a London record collector sent a copy of Longineu Parsons to groove merchant label Ubiquity. Totally gassed, the label licensed both solo joints. The result is the 13-track anthology Spaced: Collected Works 1980-1999. Revelation time: Parsons spitting fiery blue-bops and Cooley High melodics like a mutant offspring of Lee Morgan and Woody Shaw; tunes seriously kicking with a fullness jazz Afrocentriques Norman Connors, Miles and Woody flirted with back in the day. Funky fresh, overdue yet right on time.

“To have it come out like this, do well in the charts, all the things I’m reading in the reviews, it’s a vindication,” Parsons admits. “It’s like OK, it was what I thought it was. I can actually close the book on that chapter and go on to where I am now.” Parsons’ next project will reflect where his “at” is: funkdafied jazz freestyle on the African repetition tip, mano a mano con Sam Rivers! “My mission in music and life is this: to bring a comprehensive way of looking at music to people who want to listen.”