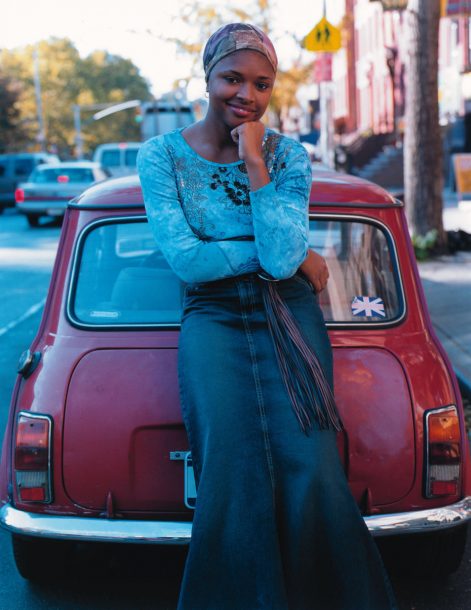 Some Hollywood flack once cautioned Jack Lemmon that he’d be wise to change his last name, predicting that pun-loving journalists would have a field day with it. Lemmon persevered, as surely will Lizz Wright. Her sensational Verve debut, Salt, is barely two months old and already the 22-year-old minister’s daughter from southern Georgia has heard ’em all. “The Wright Stuff.” “Wright On.” “A Wrighteous Experience.” The list grows as the intense media frenzy builds.

But Wright is handling the zero-to-60 push with quiet dignity. “It’s all kinda crazy,” she giggles, “but the good thing is that the people I have to deal with, the immediate circle I work with, are really calm. If any problems arise from the whole big buzz, I just have to remind myself what a great privilege it is to have my first album get so much recognition.”

It’s also, she knows, a rather unique privilege to have her first album produced by Tommy LiPuma. “Working with Tommy was great,” she enthuses. “When I was getting really frustrated and impatient with myself he was like, ‘Look, I’ve seen this so many times before, and you’re doing just fine.’ He really let me have my space and figure things out.”

Plucked a year or so ago from the comparatively anonymous folds of Atlanta’s In the Spirit gospel choir, Wright confesses that the shift to secular music hasn’t been entirely easy. “I have a lot of moral conflicts with moving from gospel music to anything more secular, [but] I think it was a brilliant mistake on my parents’ part to have me steeped only in gospel music, because now I have such a great hunger for all other types of music.”

From such hunger comes Salt’s impressive multiplicity. Supported by such astounding sidemen as Doug Weiss, Kenny Banks, Jeff Haynes, Brian Blade and Jon Cowherd (the latter two doubling as coproducers), Wright travels from the dreamy anticipation of The Wiz’s “Soon As I Get Home” and silk-lined shimmer of Mongo Santamaria’s “Afro Blue” to the soaring majesty of Chick Corea’s “Open Your Eyes, You Can Fly” and heart-wrenching disillusion of Gordon Jenkins’ “Goodbye.” Through it all, there’s a gut-level integrity that shines through. “Well,” she smiles, “there’s a certain power and a certain ease that comes from just telling the truth. The hardest part of all this is explaining to people, especially my parents, the meaning of certain songs and why I choose to sing them. My hope, though, is to simply continue being honest.”