Skip to content
Become a member and get exclusive access to articles, live sessions and more!
Start Your Free Trial
Home > JT Archives > Lizz Wright: Worth Her Salt 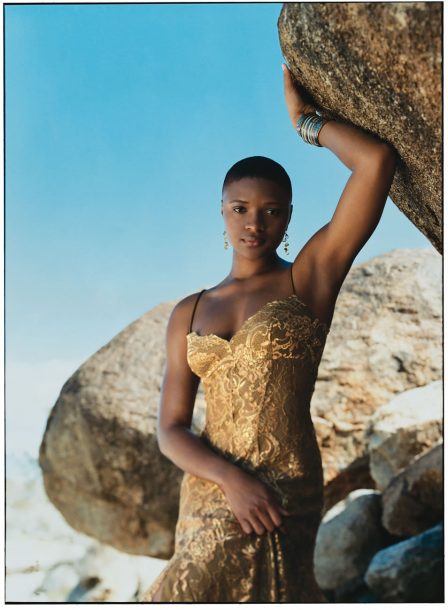 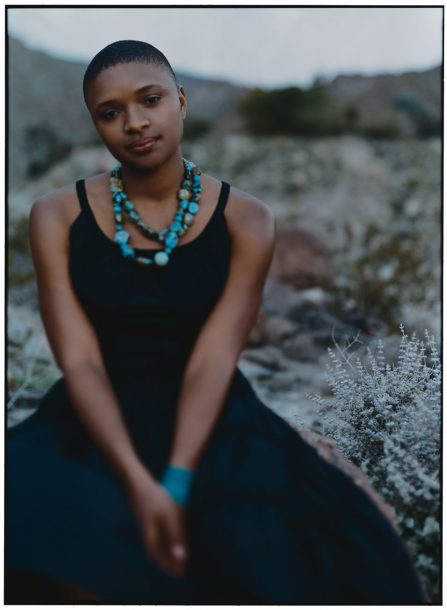 The jazz world crowned Lizz Wright a bright new talent after her impressive 2003 debut, Salt (Verve). Sure, the CD boasted top-tier jazz accompaniment from Danilo Perez, Chris Potter and Brian Blade, among others. And there was pliancy in her voice that suggests jazz. But she didn’t concern herself with twisting it into vocalese contortions like most aspiring jazz singers; and as a songwriter, she didn’t seem terribly interested in penning loose improvisational vehicles.

While Wright doesn’t totally reinvent herself with Dreaming Wide Awake, she distances herself even further from conventional jazz. The rhythms shuffle and saunter more than swing, and the songs emphasize succinct pop melodicism and late-night neosoul. Wright also detours from the Great American Songbook, favoring tunes penned by Joe Henry, Ella Jenkins, Neil Young and Chocolate Genius. She’s also cowritten a handful of noteworthy originals with Toshi Reagon, Jesse Harris and Carlos Henderson. Dreaming Wide Awake is one of those albums that could either draw a sizeable audience from the jazz, pop, R&B and folk worlds-or edge Wright toward the margins of all of them. “I still feel like I’m being discovered,” she says. “It’s just like a long beginning.”

She admits that she had some trepidation about the direction of the CD, fearing that if she strayed too far from the jazz canon she would lose her audience. Still, she craved a different, more representative sound. Luckily, she found tremendous support from producer Craig Street. In fact, he was the first choice to produce Salt, but conflicting schedules got in the way. “He’s produced some of my favorite recordings,” Wright says of the man behind such coffeehouse classics as Cassandra Wilson’s New Moon Daughter and Meshell Ndegeocello’s Bitter.

Street remembers being immediately attracted to Wright’s voice, but when he checked her out at New York’s Blue Note, he was a bit dismayed by her repertoire. “I didn’t find anything that I was remotely interested in working with,” he says. “Her set was very jazzy. I thought there were probably a lot of other people who could do a better job than me.”

Nevertheless, Street agreed to meet with Wright for a conversation. She shared her desire for artistic change but couldn’t articulate exactly what she wanted. Yet she did confess her love for Damien Rice, Fiona Apple and Nick Drake. “I like singers who don’t sing; they just tell stories,” she says.

“I just said, ‘How come none of this has ever showed up in what you’ve done?'” remembers Street. “At first, I didn’t get the impression that she had been very happy making music. She told me what made her nervous about potentially exploring the material that she felt close to. So we talked about being an artist, constantly taking leaps of faith, looking for what it is they need to express as opposed to worrying what somebody else is going to think.”

The leaps of faith certainly pay off, as Wright now sounds more connected to her material. She delivers a stronger effort by showing emotional vulnerability and exploring complicated romantic themes; earlier she sounded a bit too wholesome. Wright’s makeovers of songs like Joe Henry’s “Stop” and the standard “I’m Confessin'” reveal a sultriness absent from Salt. “I’m so happy to let myself sing songs that were sensual and more on the ground,” she laughs. “It’s good to be able to ascend and descend.”

More impressive though are the songs she cowrote, such as the slow blues “Hit the Ground” and the transfixing title track, which demonstrate her new level of maturity. “I was really impressed with what she was trying to do in ter

It’s all part of a process that Wright is going through to find out who she is as an artist. “I haven’t had time to put my roots down and say, ‘This is what I am,'” she says. “I’ve gotten used to picking things up and taking note of how I react to them. What ended up being confusion has become my [creative] habit. I don’t really know what I am, and I love not knowing.”