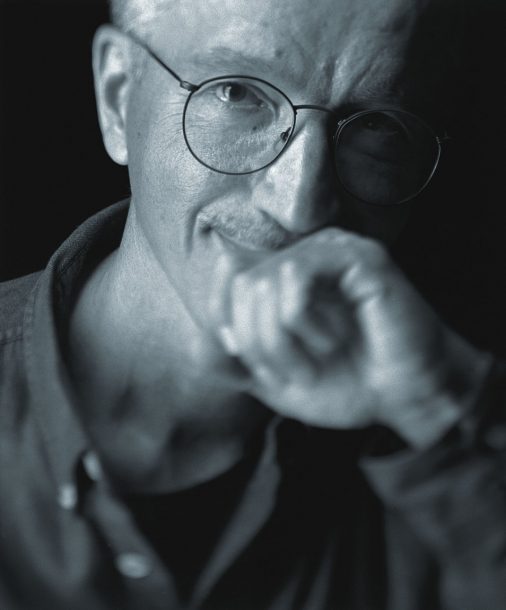 Plenty of strong musical inspirations flowed through the idyllic medieval city of Perugia, Italy, this July, once again confirming the acknowledged preeminence of the Umbria Jazz Festival. This celebrated event has taken its rightful place in the top echelon of the world’s jazz festivals, thanks to the blissful convergence of its stunning site-an Etruscan/Roman hilltop city-the intelligence of its programming (including a deserving spotlight on the remarkably bold Italian jazz scene) and its general ambience of what a thriving, breathing, swinging festival should be like, as noun and verb.

Among the highlights during the festival’s 10-day run were veteran titans whose every concert appearance now should be savored, Ornette Coleman (pictured), Sonny Rollins and Keith Jarrett; this season’s most inspired pairing, Pat Metheny/Brad Mehldau; a strange, fleeting visitation from Sly and the Family Stone; and a thrilling set from jazz accordionist Richard Galliano and his “Tangaria” project.

Even given all of those musical power points, though, it would be disingenuous-and just plain bad reporting-to dodge the elephant in the room this year, the matter which left the loudest buzz around the festival. This was the year of Jarrett’s Last Stand.

Although he has long known for the bizarre disconnect between the sublime depth of his music and the petty tirades at the microphone (which inevitably sour the sublimity of the performance), Jarrett crossed some implicit line of human decency at this festival. Before playing a single note, Jarrett hit the microphone, ranting, “Somebody tell those a–holes to put down their f—ing cameras…” then threatening to “leave this goddamned city” if he saw a single flash during the set. Before the traditional encores, a couple of flashes-likely clicked in vengeance-irked Jarrett and the show abruptly ended.

Jarrett had a similar outburst a week earlier, in Montreal, but it came at the end of the concert, in response to a rash of camera flashes. There, he applied a bit more tact and philosophy. Jarrett seemingly doesn’t know-or else doesn’t care-about the effect of such caustic babblings in his otherwise profound stage encounters. In Perugia, the effect was one of toxic misanthropy and a wafting of Ugly Americanism. It may behoove him to check into human relations rehab.

Of course, as expected, Jarrett then played beautifully, especially on an extended take of “I’m Going to Laugh You Right Out of My Life,” an inspired version of John Lewis’ “Django,” and a genuinely joyous run through “Joy Spring.” The classic Jarrett attributes of enlightened time and touch were well in place. His bandmates seemed a bit off, by their high standards: Gary Peacock was having some problems with intonation and rushing, and Jack DeJohnette was off his mark, even ending one tune prematurely, leaving Jarrett trailing off with a few notes of a head. It was a strange, strained evening, to say the least.

The next morning in the press room, the announcement came that festival director Carlo Pagnotta had officially, permanently banned Jarrett from the festival, with which Jarrett had a 30-plus year relationship. Simultaneously that morning, Ornette Coleman strolled into the press room in his left-of-center finery, to pay respects to photographer Elena Carminati and writer Vittorio Franchini. They were launching their elegant coffee table book Jazz Tales, with a foreword by Coleman. Asked for a comment, Coleman unfolded into one of his extended, life affirming stream-of-consciousness “verbal solos,” putting the brave translator to the test.

That night, Coleman was greeted enthusiastically by the crowd in the Arena Santa Giuliani, despite the built-in challenges of Ornette’s “harmolodic” music. We got a clear sense that his warmth and humility made him a healing agent at the festival: He was the anti-Keith.

Coleman’s loose-fit avant-garde concept has always been friendly to both general and specialized audiences, so visceral and grounded are his oblique musical flights. Here, the band included-count ’em-three bassists, and drummer/son Denardo Coleman. His set included old favorites, “Turnaround,” and a rather cheerful “Lonely Woman,” and he closed the show by bringing up volunteer singers from the audience. Talk about actually reaching out to the people rather than spitting at them. One sang a Polish folk song and a woman ended with “Amazing Grace,” as the band wriggled harmolodically around the hymn.

In a chance meeting of the masters, in the central Hotel Brufani lobby, Ornette ran into Sonny Rollins, and kissed his hand. That night in the Arena, Rollins was fine form, although he didn’t deliver one of his signature epic solos summing up the history of the tenor saxophone (a history he helped write). Of particular interest these days in Rollins’ performance is the growing intrigue of solo work by guitarist Bobby Broom and trombonist Clifton Anderson.

Metheny-Mehldau’s generous Arena concert the following night-possibly the best overall show of the festival-demonstrated the innate compatibility of the pairing. Both naturalistic virtuosos on their respective instruments, they share instincts of romantic lyricism and a willingness to stretch into “out” zones, without losing connection to an essential emotional directness. They really need to keep meeting like this.

From the Italian front, there were numerous revelations for those of us with more access to recordings than the live thing. The Italian jazz scene is thriving, in a way perhaps unrivaled in Europe. Included in the Umbria mix this year were trumpet great Enrico Rava, achieving his expected, ravishing musical accord between head and heart (featuring trombone dynamo Gianluca Petrella), and Stefano Bollani’s string project (actually, a bit disappointing given our high artistic expectations from Bollani). Another engaging Italian project was Doctor 3, featuring pianist Danilo Rea. The trio handily reinvents the jazz cover tune concept, at one point medley-fying versions of the Red Hot Chili Peppers’ “Californication,” “Footprints” and Damien Rice’s “The Blower’s Daughter” seamlessly, and without apology.

Inventive compositional twists enliven bassist-leader Giovanni Tommaso’s “Apogeo” Quintet, highlighted by the excellent guitarist Bebo Ferra, and drummer-leader Roberto Gatto (also in Rava’s group) led a cool quartet. Ascendant Italian jazz star and atmospheric master Paolo Fresu, on trumpet and flugelhorn, appeared both in duet with Uri Caine and in a fascinating concert of Fresu’s film score work, “Scores.” And Gianluca Trovesi’s Otteto offered up the leader’s wonderfully quirky brand of progressive chamber jazz. Bop wunderkind alto saxist Francesco Cafiso, now all of 18 and a national hero, blew strongly to a sold-out opera house crowd, with the dazzling trumpeter Fabrizio Bosso in tow. Unfortunately, because of lack of rehearsal time with special guest Bosso, this was only a standards set, leaving us wondering about his original voice. But the Charlie Parker-channeling Cafiso continues to amaze.

Late in the festival program, a pair of piano duos showcased the considerable jazz piano talent in Italy, as heard on instruments by the legendary Fazioli: elder statesman Renato Sellani “conversed” with Rea (before octogenarian Sellani had to run off to his daily lunch gig, at Bottega del Vino, a hot ticket); and the great Enrico Pieranunzi played with Dado Moroni, in a more flowing, open-ended interaction.

Hearing most of the Italian music in the evocative splendor of the city’s opera house, Teatro Morlacchi, added to the special aura and patina of dignity. Jazz does, in fact, sound better in an opera house, especially when you could sit in a box in one of the five rising tiers. So much for the whorehouse-music theory.

Also in Perugia for the festival’s duration were several ongoing performers, moving between the smaller venues of the church Oratorio Santa Cecilia, and the Rocca Paolina, basically a cubbyhole club in the massive fortress leading up to the hilltop city from below. The great thinking person’s jazz singer Tierney Sutton was in town with her band-very much a band, integral to Sutton’s sound and vision-trying to expand their presence in Europe, a work-in-progress. Vibist Joe Locke presented a moving tribute to Milt Jackson with former Jackson bandmates including bassist Bob Cranshaw (also in Rollins’ band), pianist Mike LeDonne and drummer Mickey Roker. And the solid tenor saxist Eric Alexander led a band, along with alto player Vincent Herring, that gave “mainstream jazz blowing” a good name.

In all, 2007’s festival model afforded a full and satisfying feast of music, and in a god-blessed city.