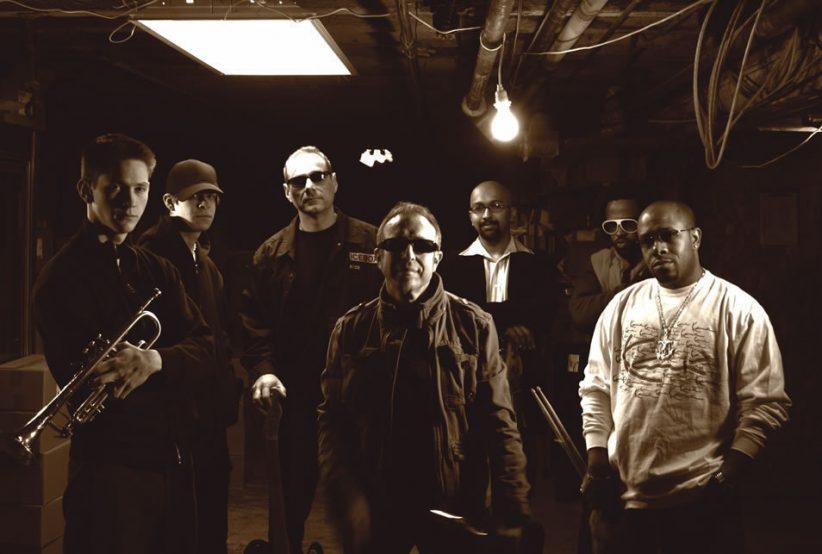 After two years out of the gym, Liquid Soul is back and fighting trim. The Chicago-based ensemble, which helped pioneer acid jazz in the early 1990s, returns with its fifth album, One-Two Punch (Telarc), a dense sonic uppercut to the solar plexus. Led by multifaceted saxophonist Mars Williams, the seven-piece band has reinvented itself with a new cast and a fresh take on its genre-crunching sound. Actually, the album is less a coming-out party for Liquid Soul’s reincarnation than a venturesome studio hang with an eclectic collection of friends, such as DJ Logic, Living Colour guitarist Vernon Reid, Smashing Pumpkins drummer Matt Walker and Widespread Panic keyboardist John Herman.

From the opening track, “Baghdad Cafe,” Williams makes it clear that he’s not playing by the rules. Powered by Iqbal Singh’s insistent tabla work, the piece is a mind-bending mash-up that sets an Arabic riff to a pummeling rock backbeat. Williams, who weighs in on various reeds and woodwinds as well as keyboards, loops and electronics, is joined by a high-octane horn section featuring trumpeters Doug Corcoran and Hugh Ragin and trombonist Andy Baker. The album also marks the return of Liquid Soul cofounder Tommy Klein on guitar after a hiatus of almost a decade.

“I’ve always tried to manipulate sound and styles, mix them all together and layer them on top of each other,” Williams says. “We were put in the acid jazz label because of the fusion of hip-hop and jazz, and a lot of bands were influenced by what we did in the mid-’90s. But I’ve always tried to do something different. I’m trying to take what technology’s available and experiment with it. You can hear more rock, but there’s still jazz and hip-hop, there’s dance and techno, while we’re also mixing in Middle Eastern influences.”

In many ways Williams throws all his different musical passions into the Liquid Soul blender. A student of AACM savants Anthony Braxton and Roscoe Mitchell, Williams has moved easily between free jazz and rock settings. He spent years touring and recording with the Psychedelic Furs, Ministry, Billy Idol, Power Station, the Waitresses and the Fred Frith-Bill Laswell group Massacre. He’s been an agitator with New York’s downtown provocateurs, while also playing an active role in Chicago’s underground improvising scene as a member of the Peter Brotzman Tentet, the Vandermark 5 and Cinghiale.

Williams has led a series of his own projects, including the celebrated NRG Ensemble, Witches & Devils and, most recently, X Mars X, which is captured on an eponymous CD on Atavistic. Given his far-flung musical involvements, it’s not surprising that Williams is hesitant even to call Liquid Soul a jazz band. While there’s an improvisational aesthetic at work, the group’s sensibility draws equally from the worlds of hip-hop and rock, where texture and collage often trump bandstand interaction. For his main collaborator, he chose to work with producer and engineer Van Christie, best known for shepherding sessions by National Trust, Die Warzau and Clay People, not the kind of bands usually found in jazz venues.

“I’ve been working a lot with electronics and loops, and we were able to get that density,” Williams says. “It’s more of a studio project, though I’m trying to re-create that kind of sound live. I’m all for using loops and effects, as long as there’s that human element. What’s cool about Liquid Soul is that I’ve always left the doors open to where we can go. Every record’s been a menagerie with a mix of so many different styles, but the common thread is the groove.”