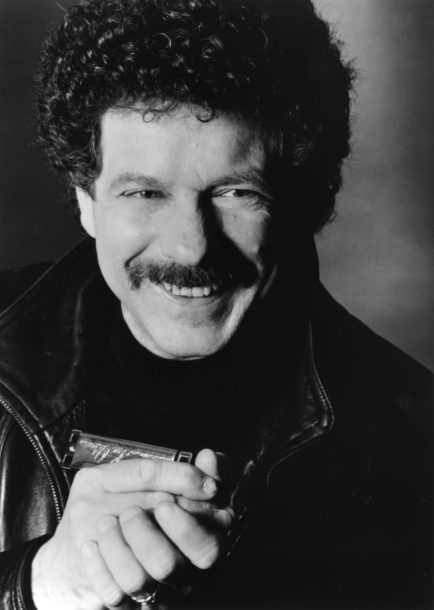 Lee Oskar’s new album on Zebra, So Much in Love, may be his first album as a leader since 1981, but his name has never faded from view in the rarefied world of harmonicas. He’s that rare musician, who has channeled his savvy about his instrument into manufacturing. Now, Lee Oskar Harmonicas-Oskar’s “day gig”-is a strong contender in the field.

Oskar was first introduced to Zebra when he did session work for the late Zachary Breaux. The company’s founder, Ricky Schultz, was a fan of Oskar’s music, going back to his popular solo albums from the ’70s and, before that, his ground-breaking in the band War. Like most Zebra products, the album is a mostly melodic, easy-going affair, with stellar guests such as bassist John Pattitucci, pianist Kei Akagi and guitarist Frank Gambale. The album also features the Oskar signature sound, first heard in War, of blending harmonica and sax-that of Larry Klimas. But blowing is not the agenda here.

“Even though this seems natural for the ‘Smooth Jazz’ format,” Oskar says, from his home in Washington state, “I didn’t plan it that way. It’s the painting I wanted to paint, this time.

“If I think back to things I did years ago, there wasn’t an arena to get the music out, like there is now with smooth jazz. I’m not talking about the elevator music, but I’m talking about how smooth jazz has really developed some soulful stuff that’s all instrumental.”

The album is a first step for a veteran eager to rejoin the musical trenches. “I feel that people don’t really know me yet,” Oskar asserts. “They might have heard some things, but they don’t really know the scope of me as an artist. I don’t want to get locked into one particular bag, either.

“Smooth jazz is a format, but I’m not a librarian. I’m not going to categorize stuff. I like pretty melodies, but I can go to the funk, too. I’m just interested in constantly reaching for expressions.”