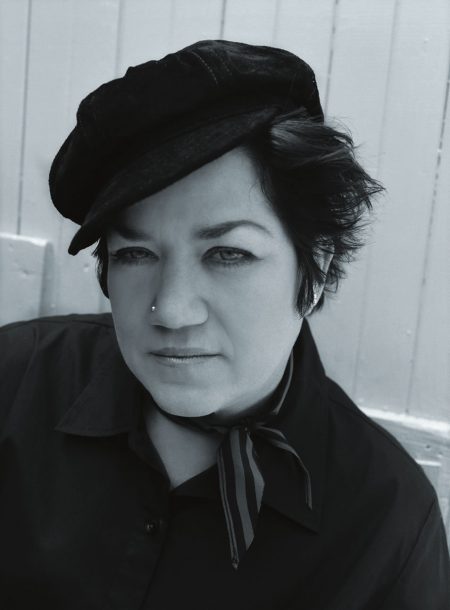 It’s really hard to be a ‘hyphenate’ of any kind because people tend to not take you seriously,” says Lea DeLaria, minutes after performing the role of Winnie in the Classic Stage Company’s production of Samuel Beckett’s Happy Days. The 48-year-old is referring to her career as a comedian-actor-singer. Though she often sings during her wicked comedic stints, it took 2001’s Play It Cool CD for the jazz community to recognize her vocal prowess. Bolstered by an elite cast of jazz greats such as Brad Mehldau, Larry Goldings and Gregory Hutchinson, DeLaria dazzled through a program of Broadway tunes by the likes of Stephen Sondheim, Cy Coleman and Michael John LaChiusa. Like Janis Siegel and Jane Monheit, she excels at walking that precarious line between jazz and cabaret.

If Play It Cool proved that DeLaria can hang with the best in New York’s Midtown, her titillating new disc, Double Standards (Telarc) shows she can roll Downtown as well. Here, she trades showtunes for jazzy interpretations of alternative rock. “I think jazz is in a state of crisis right now,” she says. “I was a featured vocalist for the 50th anniversary of the Newport Jazz Festival. When we toured, I jokingly called our audience Cocoon Three, because if there was a person under the age of 110, I would’ve been surprised. We really need to evolve a younger generation in the music, or jazz is just going to die out.”

DeLaria, who is willing to take on just about anything as a singer, is already thinking about her next jazz disc, tentatively titled David: The Music of David Bowie, David Byrne and Dave Brubeck. “No one has swung Bowie or Byrne,” she says, “but you really can. I know a couple of Bowie tunes like ‘Life on Mars,’ ‘TVC 15’ and ‘China Girl’ that would make great jazz tunes.”