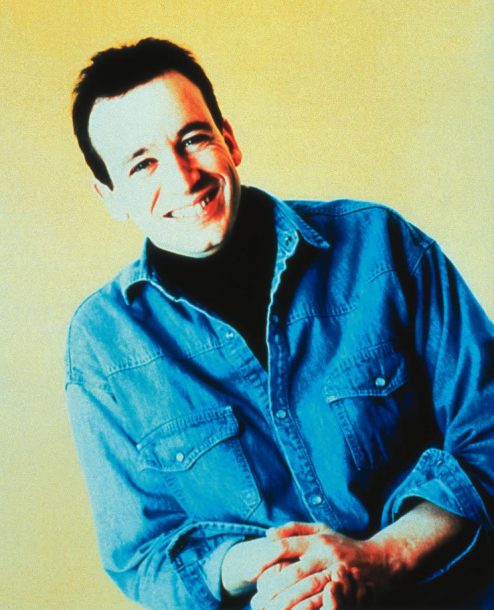 The man is a triple threat. He plays the piano, composes and also writes books. Spoon-A-Rhythm, on Columbia, features his trio versions of jazz standards as well as his tributes to Duke Ellington and Barney Wilen.

His first book, published by Marlowe Press, is a biography entitled Monk. Just who is this renaissance man? Laurent De Wilde.

Born in D.C. but long a Parisian, pianist De Wilde is truly an original, an artist with the imagination and mastery to successfully render his own musical vision.

“I have no idea what led me to this music,” he admits. “You can find jazz fans all over the world in all kinds of sociological environments, from prime ministers to road workers. There’s no difference. I’m one of them. I remember toying with the piano before I even knew that jazz existed and retrospectively realized I was looking for the music.”

Monk, published initially in France, was reprinted four times and won the prestigious Charles Delaunay award for “Jazz Book Of The Year.” De Wilde, a philosophy and literature major in college, turned his back “on that part of me when I moved to New York to play music.” He studied at LIU, gigged with Reggie Workman, Ralph Moore and Greg Osby, and then returned to Paris and started working consistently. Dinner with a French book editor revealed their mutual interest in Monk and resulted in an advance, which enabled him to buy a laptop computer, and a deadline, which led to his maiden voyage as author.

But even though he’s a Monk biographer, he reveals that “as a pianist, there’s very little you can steal from him. Monk’s music is such a solid stone that it’s impossible to crack it. From a practical point of view, there’s no licks you can get out of his playing. What inspires me is his genius.”