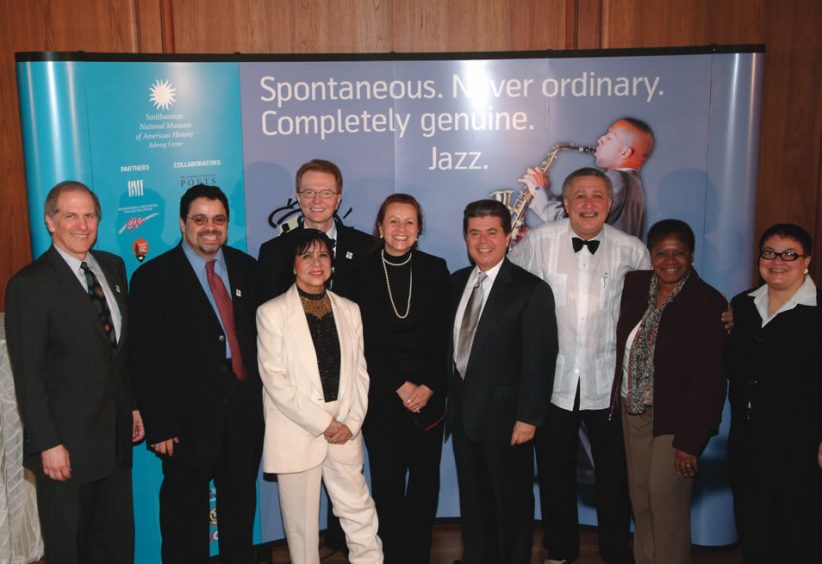 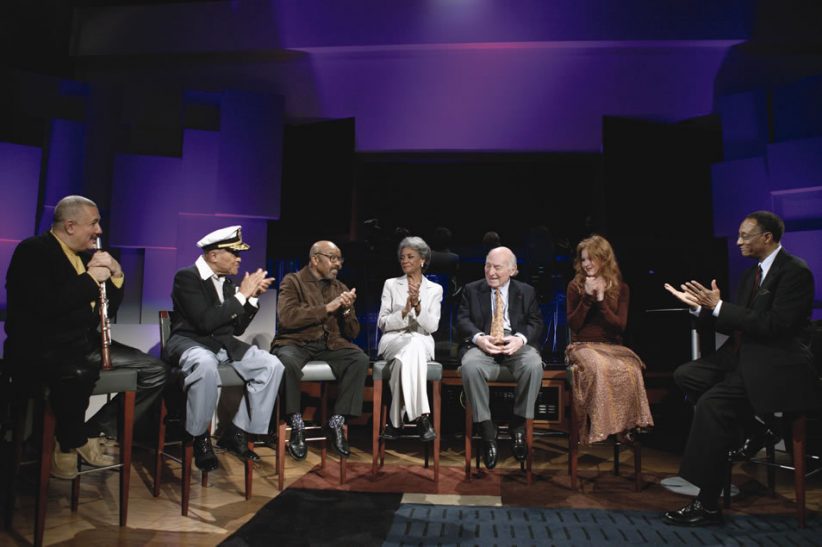 I’m sure my dad, Tito and Chico are having a great jam session in heaven today,” said a smiling Nancy Anderson, daughter of Afro-Cuban percussionist Mongo Santamaria.

Anderson was in the Smithsonian Institution’s National Museum of American History (NMAH) on March 28 speaking to a small crowd that included family members of Latin-jazz icons Tito Puente and Chico O’Farrill. They were gathered to kick of the fourth-annual Jazz Appreciation Month by donating memorabilia and instruments from their family archives to the Museum.

Saxophonist Paquito D’Rivera, recently named a “NEA Jazz Master” by the National Endowment for the Arts, was also on hand to donate some items from his life in music. “It feels like a dream and I’m going to wake up soon,” marveled the Cuban native. “I can’t have this kind of recognition in a museum in my own country. So to have my adoptive country offer this kind of recognition is-wow-something very heavy.”

The items donated by the families include a clarinet given to D’Rivera by his father when he was 10; original scores for three of Chico O’Farrill’s groundbreaking compositions, including the “The Afro-Cuban Jazz Suite”; several of Mongo Santamaria’s percussion instruments, his 1945 passport and more than 200 photographs that document his musical biography; and a white sequined jacket worn by Tito Puente as well as his passport, both of which join a custom-made vibraphone and a set of his famed timbales that are already in the museum’s collection.

NMAH Curator of Latino History and Culture Marvette Perez was the main force behind getting the musician’s families to consider donating the items to the museum. She says has been working on it for more than 5 years. “These are wonderful musicians that should be honored in the nation’s museum,” she said. “They have made great contributions to American music and American history.”

NMAH Director Brent Glass likes to say the museum is “in the forever business” and at the donation ceremony some of the family members were visibly trying to adjust to the historical significance of their parent’s contributions to American music. “He was just my dad,” said Tito Puente’s son Ronald. “I mean, he took out the trash for [his wife] Margie. We had no idea of his impact on music until after he died. We received telegrams of condolence from U.S. presidents and dignitaries from other countries. Thousands came to his funeral. And now this. It’s still hard to grasp.”

In February of this year, an auction in New York created a bit of controversy when family members of many well-known names in jazz offered their memorabilia to the highest bidders. While more than 75 percent of the auction’s proceeds went to educational nonprofits established in the names of the artists, some museum curators and educators feared the collections would end up locked in collectors’ private homes or storage. The families of the Latin-jazz legends never considered an auction. “Sure we could use the money; we’re not rich,” said Arturo O’Farrill. “But Chico’s manuscripts need to be in a museum where students can come and see for themselves how he created his masterpieces. These kinds of things are invaluable educational tools.”

NMAH American Music Curator John Hasse points out that the manuscripts and instruments will join others from Duke Ellington, Dizzy Gillespie and Artie Shaw. He says the inclusion of these Latin-jazz giants is an important milestone for the Smithsonian. “It recognizes Tito Puente, Mongo Santamaria, Chico O’Farrill and Paquito D’Rivera as great American musicians. Not just Latin musicians. American musicians. Their music and their legacies belong in these hallowed halls.”