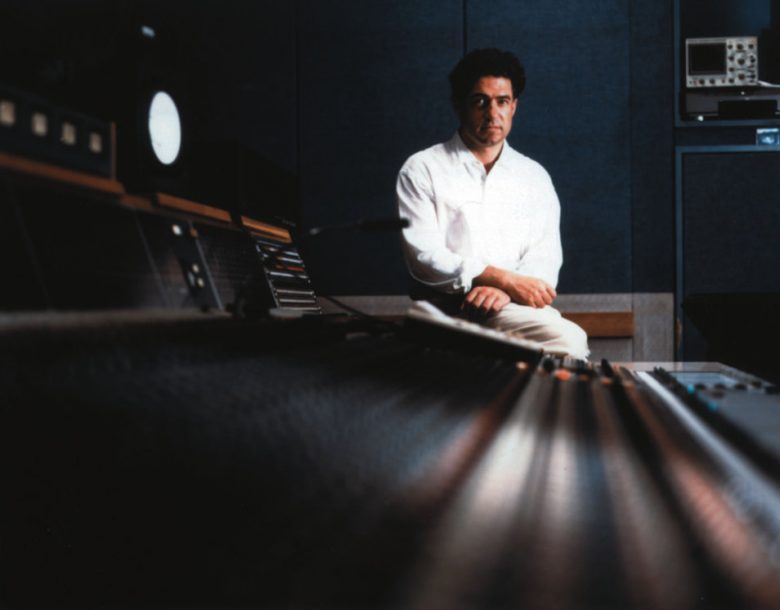 From that label’s ashes came a new, more expansive label, Winter & Winter, which has taken the music world gently by storm. By the early ’90s, Winter entertained the idea of a new label with a broader stylistic scope. “When the end of JMT came, in ’95, on the same day, I made the decision to start a new label, basically, to combine the jazz activities with classical and new music.”

Winter & Winter has been around for two years in Europe, and now hits the States, through the distribution tentacles of Allegro. The roster is, indeed, multi-faceted: from the classical side, the music of Schubert, Bach, Satie, and Schubert; from the jazz side, there are releases by Gary Thomas, Motian, Dave Douglas, and pianist Uri Caine, who crosses over the line by interpreting the music of Mahler on his Primal Light album.

As part of the first batch of releases to hit the U.S. market, the label has put out a sampler, Monk to Bach, as Winter noted, “to show that I’m really going from Monk to Bach, that there is a very wide range. It’s not that I’m trying to ignore whatever the differences between the musical styles are. But for me, as I grow up, it’s natural. I am coming from the old music, and later on, I discovered jazz.

One of the immediately noticeable hallmarks of Winter & Winter releases is the elegant packaging. Each release is handled with an unusual degree of care, with a textured, embossed surface more common to limited edition hardback books than CDs as we know them. Before launching the label, Winter was determined to break out of traditional packaging practices. He was frustrated by the experience of having carefully wrought artwork and graphic layouts lose their intensity in the translation to the standard paper. “You would print it on this glossy paper and put it in the plastic box, and basically, everything was gone. It was dead. You don’t feel what it is. It’s like something behind glass.

“After the end of JMT, I started trying to develop a new concept. Through friends and through contacting many people and making a lot of dummies and tests. I found a bookmaker in Germany who was able to produce this packaging. It was important to have something in your hand which gets older. If you have a book for ten years, it doesn’t look the same as when you bought it. It’s getting older and you see the age.”

Winter slid sideways into the role of label CEO. He briefly studying music and ran a restaurant at age 20, he felt unfulfilled and wanted to get into producing or publishing. The seeds of JMT were sown through a bad musical encounter, producing an album by American jazz musicians who were passing through Europe. “It was very frustrating, because after the album was recorded, nobody was interested in mixing the album or editing or doing anything with it. Basically, I had the feeling that the musicians just wanted to make some additional money on a tour. After that album was done, I just decided that I never wanted to do something like that again.

“After I met Steve Coleman on one side, and Tim Berne on the other side-two people who were very important to me-I started working with these people and musicians who were working with them. These people were totally serious about what they were doing, and had a very, very clear concept. I was looking for somebody who was absolutely playing the music that they really wanted to do.”

Another musician important to the JMT ethos, and now continuing on with Winter & Winter, is drummer-leader Paul Motian, who has developed a formidable discography with Winter over the past several years.

Winter asserts, “I learned a lot from him and am still learning a lot. It’s not just how he plays music, but also his character. When I discovered jazz, one of the first albums I heard was Somewhere Before, a Keith Jarrett album on Atlantic, with Charlie Haden and Paul Motian. So he was one of the first musicians who I really heard playing this kind of jazz. Of course, before that, I had heard swing and early jazz music, which didn’t interest me at all. In a way, Paul is kind of a musical father for me.”

Motian continues to work with Winter, having recently finished a new recording with his Electric Bebop Band, doing music of Bud Powell and Monk, and another set with the trio Tethered Moon, based on tunes sung by Edith Piaf.

The week of this interview, Winter was preparing to start a new project with Caine, based on the music of Tin Pan Alley, one of the conceptual entities Winter likens to an “audio film.” “We’re trying to make a sound story from that time, with sound effects, of people coming through vaudeville with horses and things like that. We’re trying to tell a 60-minute story and have the songs work within that, how it was happening in bars and theaters and so on. When you listen to it at home, you get a connection to that time at home and maybe you feel that you are there.

“That’s what I tried to do with Noches de Buenos Aires. I tried to produce an audio film about Buenos Aires so that you really feel you are there, or that a certain story is going on. It’s not just notes and music that is played, but is like somebody is reading a book about the city. That way, it’s like musicians are playing this book.”

Thus far, the response to Winter & Winter has been, by Winter’s account, suprisingly strong. “In ten years in JMT, I got about 50 letters from people. In two years of this label, we’ve had 1,500 letters. Sometimes, people complaining that they can’t get the CDs, which is still a problem and something we’re working on. But most of the time, people are very pleased about the texture and the cover designs, as well as the music inside.

“People are also writing me that they are classical listeners and because they have listened to Schubert and have seen, for example Dave Douglas or Uri Caine’s Mahler album, now they have started listening to jazz music. I haven’t had this response before.”

Whatever the label’s potential for monetary return, Winter retains his spirit as a music-lover and independent label individualist, pursuing projects close to his heart and worrying about the bottom line only secondarily. “I have to say, I’m not really thinking about the business. Especially right now, I’m just doing what I want to do. I believe that, if I’m totally convinced about a project or about some music, then it’s also possible to convince other people about it.

“I don’t believe you can look at an audience and say, ‘Oh, maybe now it would make sense to do this and this because the audience could like this.’ When you do something like that, in a commercial sense, it might work immediately, but I think that works against working up an audience for the future. There is a certain kind of vision and a belief in new projects and new ideas.”