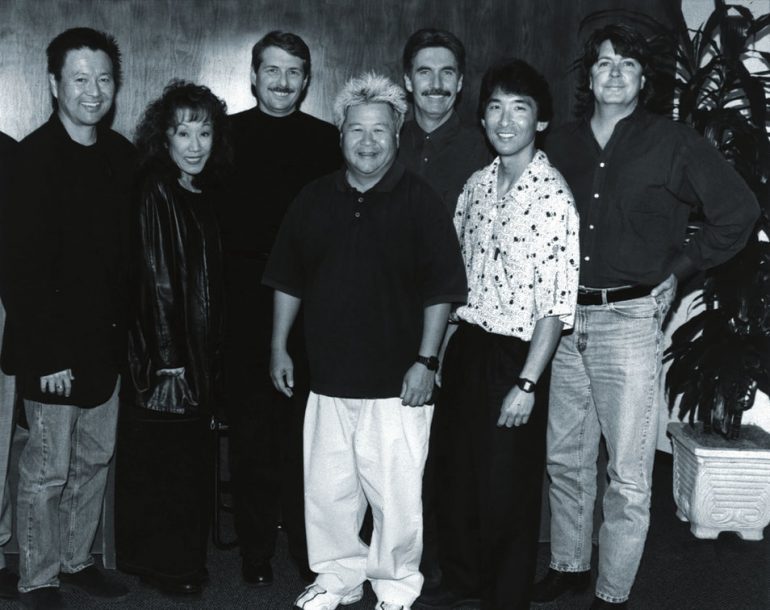 In the beginning, back in the early ’80s, when MP3 and Kenny G weren’t gleams in anybody’s eyes, there was a little label that could. The unlikely recipe for success: a carpenter-cum-indie label founder named Will Ackerman who excelled at noodling on acoustic guitar, based in the Bay Area and harboring romantic visions of life in Vermont. The Windham Hill success story, fueled by the surprise smash of George Winston, inspired a legion of indie label hopefuls to this day. Now, the closest connection to Vermont is on the internet, when you type in www.windhamhill.com and come up with the site for the Windham Hill Inn.

It has been years now since Ackerman sold his interest in the label to the corporate giant BMG, and the label has been through a myriad of changes. The base of operations moved from Marin County to Los Angeles, with the requisite change of attitude. At present, Windham Hill is soaring again, but this time with a different, much more bottom line consciousness. Winston is still on the label, but so are groovular slicksters like the Rippingtons.

Of particular note, business-wise, is the rising success of Windham Hill Jazz, an offshoot which once housed an eclectic roster, but is now becoming a primary merchant of smooth jazz. In part, timing was on the label’s side. The success is thanks to the failure of other companies trafficking in smoothland. GRP’s dissolution and merger with Verve, for instance, allowed opportunity for acquiring new, name-brand artists. “The door swung wide open,” explains Windham Hill president Steve Vining, who joined the company three years ago and has aggressively reinvented it. Other artists with cachet in the smooth field, such as Michael Franks and Earl Klugh, dissatisfied with Warner Brothers, were ripe for a new venture.

The evolution of Windham Hill from an organic indie venture into a more corporate, marketing-obsessed company has been a slow, steady process, starting a decade ago, when Ackerman sold half the company’s interests to BMG. In 1995, BMG bought the other half, and Windham Hill merged with the new age-and-then-some label Private, home of Leo Kottke, Etta James, Taj Mahal and others. Vining, who had headed RCA Victor and BMG in the United States, came on board in ’96, and revamped operations.

To start with, the old office in Menlo Park was closed, ending the Bay Area era of the label. Clearly, the new label is a more business-minded entity, without apology. Vining explains, “we moved down to Los Angeles and completely restaffed the company, with an eye toward bringing in a lot of industry professionals who had a lot of experience working with a broad range of records, knowing that we were going to expand the repertoire base and the areas we were in. We also wanted people who were comfortable marketing and promoting records up to gold and platinum status.”

The musical emphasis shifted, but not as much as it might appear. “When the new management team came in here three years ago, we were basically just a new age company. We had George Winston and Jim Brickman. In the meantime, we expanded into four repertoire music areas that are all adult-based, so we’ve kind of stayed close to what our core expertise is, and that’s selling records to adults. But we’ve expanded the kind of music we’re making and promoting.

“We stayed with new age, we moved into smooth jazz, and into mainstream adult contemporary, primarily with Jim Brickman, who has done extraordinarily well. He will have his third gold record in two years this week. And then we are also in the R&B market, with James Ingram, Peabo Bryson, Jeffrey Osborne and Barry White, the most recent signing. We’ve put all the R&B folks on Private Music, because when we merged the two companies, Taj Mahal and Etta James were already on Private, so they became the bedrock of our work and then very quickly, we got the others.

“We’ve focused on four music areas where adults are always the kind of common denominator. They involve different kinds of radio, but it’s all going to the same kind of end consumer, so it’s the same type of store where the stuff does well. It may look a little schizophrenic from the outside, if you’ve got George Winston on one end and Barry White on the other, but, believe it or not, they’re in the same market.”

The decision to limit the new Windham Hill Jazz to smooth jazz was less a passionate musical decision than a matter of logistics. Vining comments, “There needed to be a fairly vibrant radio format to give us an opportunity to get the sound of the artists into people’s heads. There needed to be a touring circuit that these folks could go on. If you have all those as necessities to go into a music area, it dissuades you from going into more traditional jazz, where the radio base is more fractured, touring is more difficult, and it tends to be more press-driven.

“Smooth jazz, we liked, because we did have radio formats. They’re fraught with their own challenges, but at least it’s there. And we felt that there were a broad number of artists still making great music, who were being under-served by their labels because the marketing component that we bring to everything that we do here really wasn’t being done at the competitive labels. I’m happy to say that we were able to snag,” he pauses, “or I should say put together a tremendous roster of artists, including Michael Franks, Hiroshima, Earl Klugh, Tom Scott, and everybody’s album sales are so far beyond what they were at other labels, we’re feelin’ pretty good.

“Everybody has kind of stretched and challenged themselves. I think the proof is in the kind of charting that we have. I think this week we have six in the Top 25, and this is an area that we weren’t even in 18 months ago.”

Whatever its success-measured in numbers, Windham Hill Jazz faces the same low regard from the jazz press-it’s part and parcel of any label with smooth jazz as a focus. If they’re the king of that market, it would follow that they’re now the ripest target for critical disdain.

It’s an acceptable trade-off, according to Vining. “There are certainly some artists out there who could not be slammed harder by the press, yet still continue to sell records. Because of the kind of music that they make, it’s more a visceral connection-‘I hear it, I like it, I don’t care what a critic says, I’m going to go buy it.’ In other words, it’s more like pop music than the traditional jazz scene.”

How does Vining respond to adverse criticism?

“I’ve been doing this a pretty long time. I try not to let it make me crazy. It still does to some extent, especially if I think it is either malicious, or if there seems to be an agenda going in and the record didn’t get a fair hearing. Those are the times when you feel most injured.

“But it’s a double-edge sword. You go out there and take your chances. I’d love to have great press and great record sales. If I have to give one up, I’ll give up great press, if I can connect with the consumer and, in their minds, get them excited enough about the record that they go out and buy it. That’s probably the highest praise we can get.”