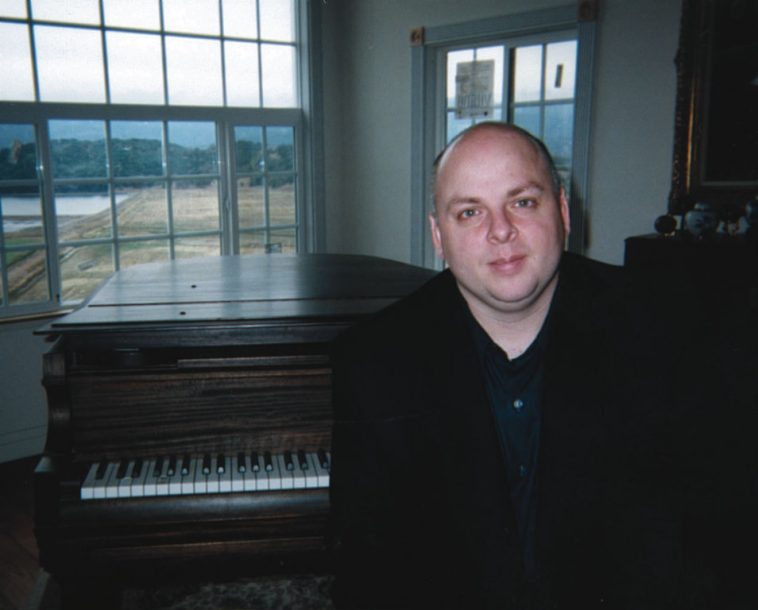 Jazz purists, begone. Smooth jazz operators, get outta town. Tone Center is not intended for your consumption. The central axiom here has to do with blowing, exerting chops in a manner unfit for the casual listener or those seeking acoustic sonorities. Apart from fusion reissues such as the recent series on Columbia/Legacy, fusion in the faster-louder mode has, in recent years, found itself in a subcultural corner in recent years. But, contrary to rumor and its virtual non-existence at radio, fusion is hardly dead.

It’s that demographic Tone Center founder Mike Varney is aiming to please, and encourage the growth of. He insists, “We’re willing to lean towards traditional jazz at times, but I figure with so many other people going in that direction, and with others trying to ply the smooth jazz trade, someone needs to carry the torch for the chops records. More is more, as far as I’m concerned.”

Tone Center is the latest venture from Mike Varney, who has been in the independent label business since 1980, when he started Shrapnel Records, which he claims was the first American label dedicated to heavy metal. Among other strategies, Varney scouted for talent through a column he wrote for Guitar Player magazine for 12 years, called “Spotlight on New Talent.”

Through that prism of discovery came such future guitar heroes as the pyrotechnical Swedish guitarist Yngwie Malmsteen and fusion avatar Scott Henderson. On the list of 200-odd records he’s been involved with, the list of guitarists he has recorded includes Paul Gilbert, Vinnie Moore, Tony McAlpine, and, on the blues end, Pat Travers, and Rick Derringer. He also has a stake in an East Coast label Magna Carta, which features music more from a progressive rock angle.

Tone Center is something else again-a label devoted strictly to fusion. “I was a big fusion head in the ’70s,” Varney says. “I bought imports and all kinds of stuff. So Shrapnel put out a record with Allan Holdsworth and these Swedish brothers, the Johannson brothers, called Heavy Machinery. I originally started a fusion label in ’82, called Riff Records, and Allan Holdsworth was my first signing back then. The IOU album was actually a record that was done for my label. At the last minute, he went south on me.”

The fusion label idea bubbled under the surface of Varney’s other endeavors for years, until he recently revived his interest in the genre. Basically, he was nostalgic for bygone aesthetics, and wanted to hear new music of the sort he cut his teeth on in the ’70s. “I just wanted to make records that made me feel like I did when I heard Tony Williams Lifetime, with such records as Believe It or Million Dollar Legs, or the way I felt when I heard Soft Machine or Mahavishnu’s Inner Mounting Flame, or Romantic Warrior, and those pivotal fusion records.”

The first batch of releases includes three recordings featuring drummer Steve Smith, in shameless blowing sessions and solo-heavy recordings with decidedly plugged-in guitarists Larry Coryell, Scott Henderson, and Frank Gambale. Countering the usual scenario, for these sessions, the record company CEO insisted that they come only scarcely prepared, and make it up and burn it up in the studio. “I like to hear guys get out there and really go for it,” Varney says. “I just want people to play. If I want to hear pop music, I’ll get in an elevator or get in the jacuzzi with some cheese, while I’m soaking my head. I want high energy. That’s me, and that’s what the records are about.”

Another work-in-progress is an album from bassist Bunny Brunell featuring guitarists Mike Stern and Ray Gomez, and a bass-intensive recording with Victor Wooten, Steve Bailey, Will Lee, and Oteil Burbridge (from Aquarium Rescue Unit). In the drum chair are Kenny Aranoff and big band-cum-fusioneer Gregg Bissonette. Varney explains, “it’s pretty much a jazz-flavored record, with some hybrid influences.”

Coming over to jazz from rock, with its higher commercial profile (even in the relative cult world of guitar hero worship), Varney arrives equipped with well-oiled machinery by indie label standards. One of the label’s secret weapons, in fact, is “I have great distribution. We’ve been with the same company since our inception, various versions of it. Currently, they’re called RED and they’re owned by Sony. These Tone Center records are all over the place.

“That’s one thing: these jazz guys are saying ‘man, compared to jazz labels, your distribution is so good.’ We’re pretty proud and happy about that. So we’re trying to attract other artists who have some sort of a profile. Although I’ve been a staunch supporter of fusion for years, I don’t have the connections in that field yet, so I’m building them right now.”

To hear him tell it, Varney is a crusader for blowing imperative. “In most of contemporary music, there’s no place for blowing,” he says. “In what other field, what other occupation, can you work towards being the best on your instrument and not be rewarded for that? We don’t want him.’ There’s no other career I can think of, unless it’s in the CIA, where you can become really good and ascend to the highest point and find that no one wants to hire you.

“What we’re trying to do is throw out the notion that you have to stick to any rigid guidelines or worry about airplay. We just want to make good music and we want people to play. And we want young people to hear the records and say `wow, I didn’t know you could play like that.’

“Honestly, I think we’re breaking through here out of the box, doing better than a lot of people who are doing something more safe, because there are people out there on the fringe who want this stuff.”