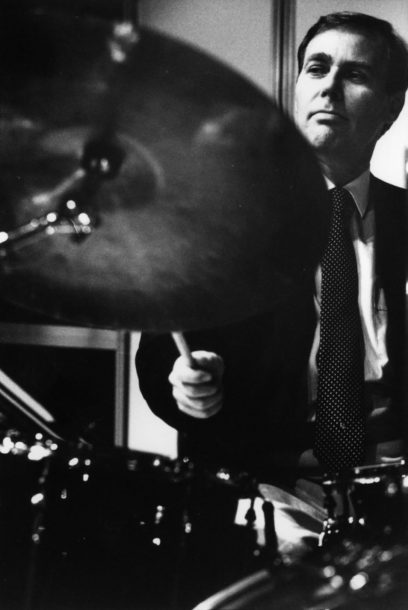 Peter Schmidlin started TCB records back in 1988 with a motherlode of material. Schmidlin, you see, is a drummer who, for 11 years prior to forming his record company, gigged with the house band at a Zurich radio station that featured live jazz concerts every week. Cats such as Dexter Gordon, Thad Jones-Mel Lewis, Cannonball Adderley, Quincy Jones, and Art Blakey’s Jazz Messengers were featured and taped, with Schmidlin later deciding to press these tapes onto exclusive recordings for the rest of us to enjoy.

That was the genesis for the label, and the Swiss radio concerts are the hottest sellers for Schmidlin today-a label that also features mainstream, contemporary, world, and swing music in its catalog.

TCB, which stands for “Taking Care of Business,” is unique because, according to Schmidlin, a musician is heading operations. “I know some other labels have musicians leading them as well, but it’s not common,” he said from his office in Montreux. “Usually, heads of labels are pure businesspeople who like jazz. But as a musician, I can react to projects as a musician does, and artists talk to me differently because they know I understand them. I really see myself as a musician first and a businessman second.”

Schmidlin’s skills as a businessman, however, are imaginative, judging from his unique method for categorizing the style of jazz on each of his recordings. Utilizing a system of color codes on the spine of each CD box, consumers know that a black spine means world jazz and swing music is on TCB recordings with the blue spines. The Swiss radio series have a green spine and yellow spines mean contemporary jazz. And if you’re looking for some straightahead bebop or hard bop, then the red spine jewel boxes are for you.

“I decided to color-code the packages about five years ago,” he said. “I never liked the idea of categorizing music, though. I think Kenny Clarke was right when he said that there are only two kinds of music-good or bad. But I think the industry and consumers need guidance, or help, with jazz music.”

TCB’s output ranges from 13 to 16 releases a year and it was only two years ago that the label began distributing its product to the American market via Allegro’s distribution network. This has led to more aggressive promotion, highlighted by electronic press kits (EPKs)-videos containing artist interviews about their careers and the music. “Whenever we have a priority release, we film the session and interview the artist,” said Schmidlin. “They contain a lot of historical information, and because we live in a visual age, they’re proving to be a popular promotional material.”

Along with the popular Swiss radio series, TCB’s recordings of the Phil Woods Quintet, Jack Walrath’s Hip Gnosis, and the Benny Bailey Quintet’s No Refill are brisk sellers. Other movers are from the New York Hardbop Quintet, the Richie Vitale Quintet, and the Hans Kennl Group.

Schmidlin is excited about TCB’s forthcoming release by saxophonist Jerome Richardson-a personal hero of his-called Jazz Station Runaway. “He’s one of the most underrated musicians around,” he said. “He’s done so many things-a beautiful composer and player-and this record is the first under his own name in 25 years. That’s unbelievable! And he’s joined on this recording by young lions David Hazeltine on piano, Lewis Nash on drums, Russell Malone on guitar, and George Mraz on bass.

“I want to promote TCB as a label so that whatever is produced by us is up to a certain standard, both musically and technically,” he adds. “Let me compare this vision to Blue Note and Verve. As a young man in the early 1960s, I always bought the new releases on Blue Note and Verve whether I knew of the artist or not because I grew to trust the quality that those labels represented. This is the reputation we are now building for TCB.”