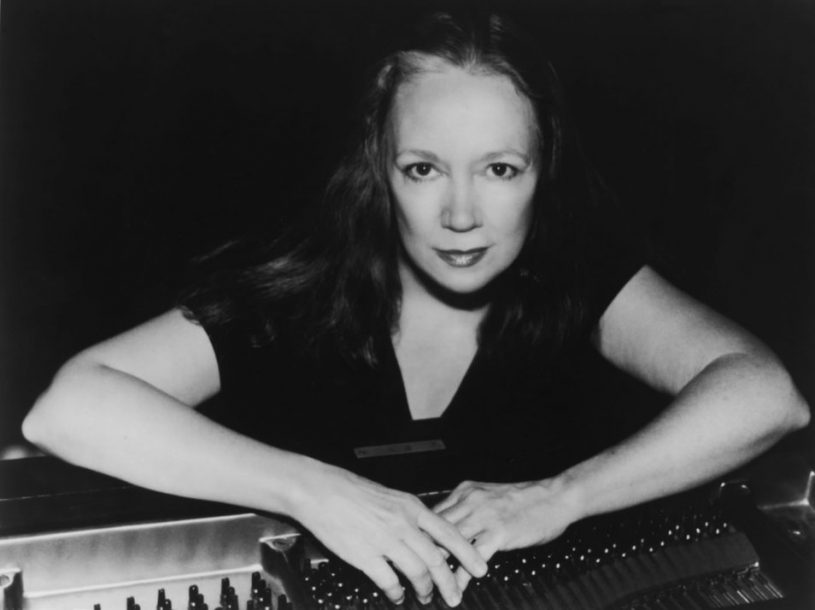 For pianist Connie Crothers, being president of a record company is simply one element of her life in music. Since its founding, Manhattan-based New Artists Records (www.newartistsrecords.com) has grown from a sole proprietorship with one recording in its catalog into a collective that is helping to fulfill the dreams of a unique community of musicians.

Since the 1982 release of Swish!, Crothers’ album of duets with drummer Max Roach, she has guided the label using a system that puts the artists firmly in charge of their recording projects. The company does not exert any control over music or production, and after costs are recovered every cent goes to the musicians. Operating expenses are kept to a minimum and are paid by an annual contribution from the musicians. Compare this artist-centered scheme with the recouping-against-royalties system used by corporate labels and a vast, largely uncharted middle ground reveals itself.

“When we started out we had no market,” Crothers explains, her voice tinged with feeling for her work. “For us the whole scene was to put this music on record as a way to document what was going on creatively at the time. And because we were not considering a market, it became entirely open, entirely based on the music.

“Having documented the music on its own terms, we wish to have a market that is drawn to us on that basis. Rather than trying to determine what the market wants, and then adjusting the music in some way to address that assessment,” she concludes. By contrast, most corporate labels operate by seeking out, then attempting to popularize, artists deemed commercially viable.

It’s tempting to try to isolate a New Artists “sound,” but in fact there are several. The diversity of artists on the roster ranges from the acerbic, tuneful alto saxophone of Richard Tabnik, to the self-revelatory piano and voice of Liz Gorrill, to the cagey, wiry picking of guitarist Andy Fite. Crothers’ own piano style is expansive, with a broad emotional sweep, and a high degree of originality despite firm roots in earlier mainstream and avant-garde styles.

What links these disparate artists into something like a community or perhaps a movement is a shared enthusiasm for spontaneous, creative improvisation. “We express [music] spontaneously, based on what we truly hear and feel,” Crothers maintains. She loves the master improvisers of the swing era: Roy Eldridge, Lester Young, Charlie Parker. Yet she adds, quixotically, “We do not identify with the assumed associations with the word ‘jazz.'”

The latter idea, although commonplace, seems slightly out of context, because, if anything, the meaning of the term “jazz” carries more positive associations now than ever, and is more descriptive of a certain stripe of musician, although admittedly it is also a marketing term. Of course, Ellington, Mingus and Davis hated the term, but that had to do with jazz being considered low music, which is no longer the case. At any rate, Crothers is right in that nobody wants to be pigeonholed. All genres, all styles are fair game for truly creative musicians.

“Everybody wants to talk about the style they’re in,” she elaborates. “For example, bebop. It’s become a dominating concept. There are some musicians who feel-I don’t fault them if they genuinely feel this way because everyone’s entitled to an opinion-they feel that if you’re not playing bebop, you’re not playing something that really is valid. I feel that is a mistake on their part. I respect them if they are playing something they love, but it’s a mistake to take it a step further, and say that no other kind of improvising is valid. I feel that all kinds of improvising are valid.”

The emphasis on the personal as opposed to the public facets of improvising has roots in the teachings of Lennie Tristano, the influential pianist and pedagogue who lived in Hollis, Queens and was sporadically active as a performer and recording artist from the 1940s until 1968. (He died in 1978 at age 59.) Indeed, Crothers, tenor saxophonist Lenny Popkin and several other musicians on the New Artists roster are former pupils of Tristano’s.

The presence of Carol Tristano, his daughter, on several recordings by the Crothers-Popkin quartet underscores the unspoken mission of the label to carry forward elements of Tristano’s music and musical philosophy that went under-appreciated in his lifetime.

Also set to record for New Artists in the near future is Bud Tristano, Lennie’s son, a guitarist whom Crothers describes as “coming from a rock lineage. But when we’re both improvising the music is unique and intrinsic to itself, rather than to a preconceived style.”

Sometimes the hype accompanying the biggest jazz stars obscures the fact that there are numerous pockets of lesser-known but also important musicians, like the New Artists clique, scattered throughout New York, and the world. Most are working on some aspect of upholding the tradition while at the same time trying to break new ground. The attempt to innovate within the tradition, to add to what is already the very full and rich musical language of jazz, is laudable in and of itself. Whether or not New Artists Records will be able to attract the devoted audience that Crothers envisions will come down to the music and marketing. If it happens for this group of maverick traditionalists, then certainly success will be well-earned.