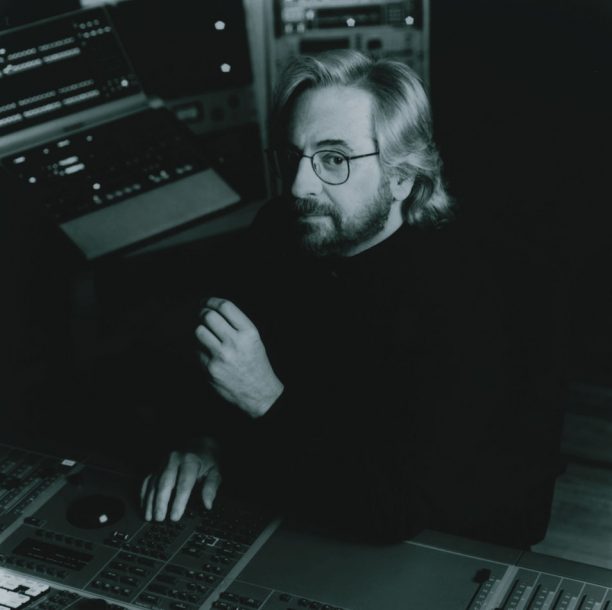 One would be hard-pressed to recall the kind of fanfare accompanying the birth of a label that N2K Encoded Music has garnered. No doubt it’s due to the heavy hitters that have rallied around the new label. High visibility has been created at N2K Inc. due to the presence of chairman/CEO Larry Rosen, co-founder with Dave Grusin of GRP Records, and label president Phil Ramone, the respected veteran producer who helped shape the careers of such big names in pop as Billy Joel, Paul Simon, Natalie Cole, Sinead O’Connor and Gloria Estefan.

On the technical side, Ramone is associated with innovations that have changed the face of the recording industry, including Dolby four-track discrete sound, satellite links between studios, optical surround sound for motion pictures, digital live recordings and the use of fiber optics to record tracks in real time from different locations. As president of N2K Encoded Music-as well as the newly elected Chairman of the Board of Trustees for the National Academy of Recording Arts & Sciences-Ramone begins a new era of his extraordinary 30-year career.

Born and bred in New York and classically trained on violin, Phil Ramone was a child prodigy who at age ten played a command performance for the Queen of England. But he was also a closet jazz fan in his formative years. “My favorite thing as a young musician was bebop,” he says. “I sat and listened to Charlie Parker records for hours on end, playing along with them and trying to make a fiddle swing. And I just couldn’t do it. And being a classical fiddle player, I’d sneak off to the closet and listen to these guys.”

As an engineer during the ’60s, Ramone had the good fortune to man the knobs for classic sessions with Quincy Jones, John Coltrane and Stan Getz (the landmark “Girl From Ipanema” session. But it was in the pop arena that he made his biggest impact. “Yeah,” he admits with a laugh, “but it’s like the filmmaker who directs a lot of action pictures but actually was a Broadway chorus singer early on in his career.”

While Ramone has a deep respect for jazz, he intends to keep his hand in the pop and rock ‘n’ roll arenas at N2K Encoded Music and has already signed some promising new artists in that realm like Blake Morgan, Hillary James, Minnie King and a group called The Tories.

“The sensibility behind all of these people is that they’re really strong songwriters,” says Ramone. “I got spoiled with Paul Simon and Billy Joel and writers like that who kind of gave me the basis for what I feel success is about. And I’m very pleased with the records we just delivered.”

On the smoother side of the jazz fence are guitarist-vocalist Jonathan Butler, guitarist Julian Coryell (Larry’s youngest son) debuting with Duality and 16-year-old pianist Sergio Salvatore with Point Of Presence, a decidedly more NAC-friendly setting than his previous jazzy outings. “He aims it at an audience, it’s more smooth jazz…those kind of things to establish himself,” says Ramone of the talented teenage pianist. “He’s got some obvious chops. You hear him play and you know he’s got chops. But he doesn’t go bebopping all over the place, which is OK.”

Ramone’s bottom line for choosing artists is very simple: a good melody is a good melody, a great player is a great player. “There’s something magical about a great tune,” he continues. “There’s nothing like it. People have a tendency to believe that the great tunesmiths have passed away. But it’s not true. We had a seven or eight year period where not too many people were interested in melodic and structured songs, and I think it’s changed. Alanis Morisette and Joan Osborne and people like that helped change it up bigtime.”

And yet, regarding the state of jazz, he is quick to point out, “We are not paying attention to the very music that belongs here. I’m a big believer in not trying to make bullshit works stand out but to make us not forget Who’s Who. It’s just amazing to me that this historic music is not heard anymore around the States. Even though there’s tons of reissues…when I’m in Europe you find much better compilations that you can get a kid interested in music faster, I think, over there than you do here. We tend to downplay our own history, and I wish we wouldn’t. So as a responsible head of a company I’m going to try to make sure we don’t.”

N2K Inc. plans to get actively involved in the DVD (digital video disc) revolution right away. “Dave Grusin’s first release will be a DVD,” says Ramone. “It’s a jazz version of West Side Story with three guest vocalists, Jonathan Butler, Jon Secada and Gloria Estefan. We’re going to release it as a 5.1 in surround sound, so we can introduce the public to the next stage of where I think jazz should be heard-DVD. This is definitely the future and it’s coming fast, and I want to be there.”

In addition, each enhanced CD released by the label will come pre-packaged with a free 15-day Internet connection to directly link music fans to individual artists and genre areas. These sites will provide up-to-date news and information about the particular artist, including tour dates, forthcoming releases and interviews. To ambitiously market the music produced out of N2K’s house of music in New York, Rosen and Ramone have recruited some veterans in the business from Atlantic Records and GRP. They also plan to use the N2K Entertainment online site Jazz  Central Station (http://www. jazzcentralstation), the internet’s premier resource for jazz information, as an important marketing tool for upcoming releases.

“We see Jazz Central Station as a place for us to introduce new artists,” says Ramone. “There’s a unique group of people following, watching, listening around the world via the internet. So each of our artists will have their own website. So when you get onto Jazz Central Station you can really find out about the music, whether you want to know more about Django Reinhardt or discover a brand new artist. All of this information is at your fingertips.”

Merging online technology with state-of-the-art recording and artistic expression is the formula for success at N2K.