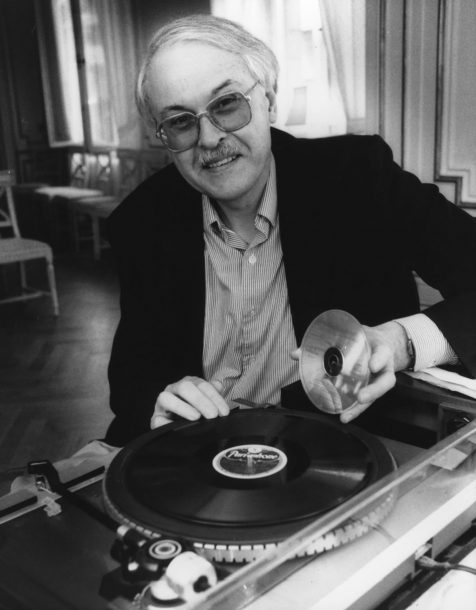 Robert Parker is an audio engineer, an audiophile, and a passionate enthusiast for the brilliance that is early classic jazz. Put those ingredients together and you have Bix Beiderbecke in full fidelity stereophonic sound with nary a pop or a hiss. It may sound miraculous, but with the help of 78 rpm master recordings, computers, and plenty of experience, Parker has found a way to make these recordings from the 1920s sound as though they were made last week.

Six titles in Parker’s Jazz Classics in Digital Stereo have been released in America on the Louisiana Red Hot label: Louis Armstrong: 1923-1931, which includes all of the Hot Seven recordings; Sidney Bechet: 1924-1943; Jelly Roll Morton: 1926-1928; Bix Beiderbecke: 1924-1930; Jimmy Rushing: 1929-1946; and Torch Songs, a collection of love songs by the premier singers of the jazz age and swing era, including Billie Holiday, Ella Fitzgerald, Bessie Smith and Mildred Bailey.

“On the original Armstrong recordings, for example, one could not hear the bass line,” said Parker, originally from Australia and now living in Devon, England. “We have restored it, and the result gives these Hot 7 recordings a totally different character.

“People have been working at restoring old recordings, and lots of good progress was made in the 1950s when long-playing records first came out. But quite a bit of sound filtering had to be done-those early 78s had surface noise from their shellac pressings, and engineers had to cut out the highs-and also the lows, to balance things out. They were, in essence, emasculated recordings.”

What Parker is doing now is not restoring original 78s, but, rather, turning them into hi-fi, with an eye toward fostering an appreciation for the musical genius of these early players, especially to younger audiences. He also broadcasts classic jazz on Public Radio International, thereby widening their potential appeal.

“Part of what I have done is search for the best-quality original material possible,” he said, a fact that has helped make his personal collection of records grow to more than 15,000. “There is an amazing amount of sound preserved within the grooves of those early records, and I have devised a lot of unique equipment to bring out as much as possible.”

Parker’s success at making a Jelly Roll Morton recording sound like a current CD has earned him a worldwide reputation, including the appellation of “digital wizard” in Time magazine.

He also is quick to explain the character of the music he loves and the mastery of its practitioners: “It set out to be fun at the start. It was truly the pop music of a fun and rebellious generation that had grown up in the shadow of the great war of 1914-1918.” He adds that the music contained in his recordings from the 1920s should not be confused with the trad dixieland played today, “all too often by balding nostalgics of indifferent technique and creative ability. There was no place for nostalgic jazz in the 1920s because it was a radically new music form, both in style and content. The young men and women who performed on these golden records were, quite simply, touched with genius and were generally superb musicians with a total mastery of their chosen instruments.”

A new series on Parker classics is due out on the Louisiana Red Hot label in March.

Parker feels confident that the audience for his recordings will continue to grow: “There will always be people who hunger for the finer things in life-good wine, classical music, or even Havana cigars. And their interest in these finer things will inevitably lead them to classic jazz, one of the great music forms of the century and America’s greatest musical gift to the world.”