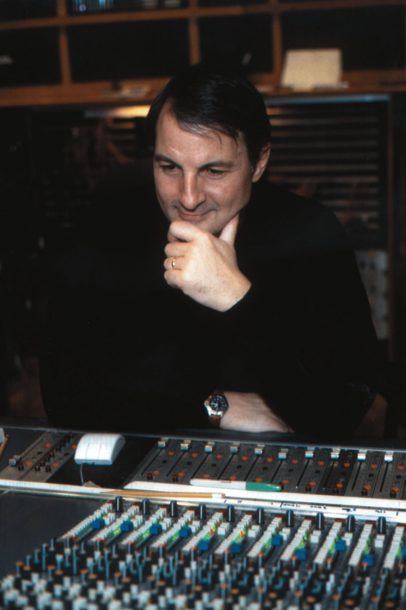 When Dale Rabiner talks about how he started his independent, Cincinnati-based J Curve Records label, it’s a lengthy tale involving a series of events, meeting the right people, and a role model.

The J Curve yarn begins in Rabiner’s pre-teens when he started learning and playing guitar. A left-handed player who turned the guitar upside down to play, Rabiner was mostly self-taught after instructors turned him out. “Being told I couldn’t do something made me more determined,” he says.

By the 1970s, Rabiner figured he wasn’t going to set the world on fire as a musician and began to collect and sell vintage guitars (especially rare left-handed instruments). He also returned to college, earned a degree in economics, a master’s in Finance, and eventually became managing partner in an investment firm.

Over the years, Rabiner continued to meet musicians such as Howard Roberts, Gene Bertoncini, and others, especially during guitar seminars at Bellarmine College in Louisville. For his 40th birthday celebration several years ago, Rabiner’s wife surprised him with a performance by Roberts, whose group included Phil DeGreg (now a J Curve artist whose album, The Green Gate was released in February 1999). In 1997, Bertoncini called Rabiner for help setting up a Cincinnati gig, requesting local guitar wonder Kenny Poole, a splendid musician who’d once sat in with Bertoncini at Cincinnati’s Blue Wisp. Rabiner asked, “What if I could get him to record with you?” Bertoncini thought it was a great idea. Poole, who had long avoided recording, surprised Rabiner when he agreed, and East Meets West launched J Curve in the fall of 1997.

What’s behind the label name? “J Curve” is a term borrowed from macro-economic theory (too complicated to explain here). As for Rabiner’s inspiration, his role model is Jim Benham, a Californian who basically invented what is known as the money market mutual fund. “Benham is also a wonderful flugelhorn player who led his jazz big band, “Full Faith and Credit” (another finance term), and made his publishing/management company a subsidiary of his investment firm,” says Rabiner.

Rabiner met his partners-Barbara Gould, musician Phil Bortz, and photographer Ann Segal-through the Greater Cincinnati Jazz Society, founded two years ago. Their initial intent was to market J Curve CDs through guitar publications, but as the label grew and other instrumentalists were signed, they secured piggyback distribution with Igmod Records in 1998.

“Our goal is to be a top-quality, mainstream label,” says Rabiner. “We like to think we are artist friendly. A lot of our A&R comes from our artists.” By June, Ra-biner expected to have released a grand total of 15 albums, including CDs by pianist

Rabiner has juggled all past and future projects, including a salsa album by Latin X-Posure on the J Seven subsidiary due out this Spring, while still working as a financial analyst. “If I have one regret about the label it’s that you can’t do all these things and not give up something. Unfortunately, I’m not playing as much these days,” he says.