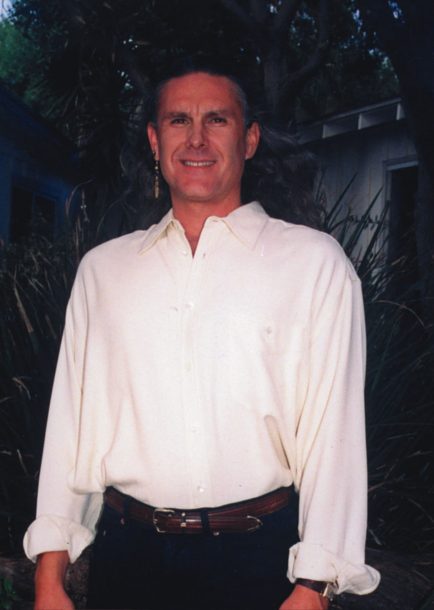 Matt Matthews has been the president of Higher Octave Music for about 13 years, and he has seen his new-age label prosper in that time with recordings that range from the meditative to the up-tempo. It’s a format, he says, that represents a lifestyle and movement, sort of a “new sound” for America.

“Higher Octave was created to be a combination of a viable business that can function in the world, but also a place where a healing environment can be created,” he says. “Some of our internal goals do not translate into dollars, but it might bring on a sense of being or a bit of knowledge. Our hope is that one ideal will complement the other.”

Matthews, 41, a self-proclaimed radical hippy during his school years, sees the new age movement on an upward spiral, especially now after inking an agreement with Virgin Records that should do much to further enhance the label’s marketability: “It’s an association with a major company that will give us a chance to reevaluate what our goals are then go out and achieve them,” says Matthews.

Still, Higher Octave has been riding high all on its own, with world class artists and big sales from musicians such as Ottmar Liebert, who has gone platinum for the label, former rockers Craig Chaquico and Neal Schon, Jonathan Cain from Journey, William Aura’s 3rd Force and Cusco, an instrumental ensemble, plus others who migrated from the classical genre. “We release about 16 to 20 recordings per year,” said Matthews, who takes pride in his label being named Billboard’s top New-Age label six times. “My philosophy is to pat myself on the back with one hand and prod myself on with the other. I feel content, I feel good, but there’s still room for improvement.”

The label’s customers are likely 25 to 55 years of age, with both Matt and co-founder Dan Selene saying that their buying public is starting to gray at the temples. The label began when Matthews and Selene met at an Alexander Body Work Seminar in 1986. Dan was a businessman and Matt was a talent agent. Both wanted a more spiritual side to their work and the two created Higher Octave with a plan to “develop the heart, mind and soul through music,” a plan that has blessed them with loyalty from fans and artists alike.

“New Age has a bad, or should I say confusing, rap,” continued Matthews. “Radio doesn’t like to call it that, because of images of Shirley MacLaine or simple fear, stemming from the religious connotation. Whatever the definition, though, there is still a great range in this music. I don’t mind the term ‘New Age,’ but my partner Dan doesn’t care for it. Radio calls it NAC, and that’s fine with me; the medium has been a great growth factor for our music.”

Radio, however, is not the label’s main publicity vehicle. For a group like Cusco, for which radio play is a rarity, the pitch goes to nature companies, such as Natural Wonders, where 250,000 copies are eventually sold by such aggressive promotion. Borders Books and Barnes & Noble stores are other outlets that have marketed Higher Octave with success, as has its Internet presence.

Higher Octave’s mission, of course, is to have a viable business, and they are on a success track. But the spiritual side can never be ignored: “We’re trying to get sound therapy to the world,” said Matthews, “to help raise the frequency of vibrations on the planet. We’re concerned about the camaraderie on our planet, and we think this music is a bridge to bring on a global community.”