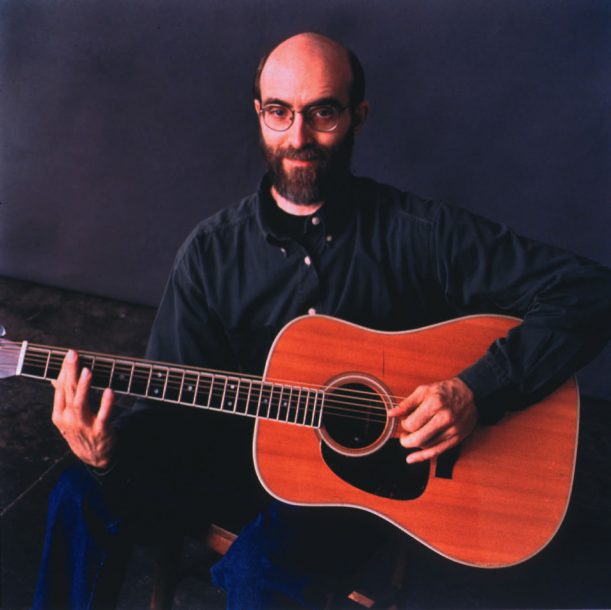 Say what you will about George Winston, the new age pianist whose simple style made him a star in the early ’80s and has continued to be his cash cow, even as many critics grew to love to hate his best-known, best-selling work. This much is true: Winston is one of music’s most avowed music fans, and one who has put his money and clout where his mouth is (and where his obsessions are). That much is critical in understanding the phenomenon of his label Dancing Cat, almost single-handedly responsible for affording a new lease on public visibility for the venerable Hawaiian slack key guitar style. It has been one of Winston’s chief passions for many years, and now the world is catching on.

Another odd fact, and perhaps the best-kept secret, about George Winston is that he is probably a better guitarist than he is a pianist, technically speaking. And Winston, a Montana native who doesn’t seem to have a pretentious bone in his body, knows it. Asked if he plans on recording any guitar albums, he says “I’ll probably do some guitar albums. It’s certainly the instrument closest to my heart, even more than the piano. I like the piano for its power, but the guitar is delicate and caressing. I feel that I speak to my girlfriend more with guitar than piano.”

Then again, Winston never claimed to have much pianistic prowess. He was in the right place at the right time, when Windham Hill’s founder Will Ackerman signed him on.

But we digress. In 1983, soon after he was established as a bonafide box office sensation as a pianist-much to his surprise-Winston channeled some of his earnings into forming his own subsidiary of Windham Hill, called Dancing Cat, with the express purpose of recording some of his heroes. And he did, releasing significant albums by Brazilian guitarist Bola Sete, classical guitarist Michael Lorimer, and New Orleans pianist Professor Longhair (Rock and Roll Gumbo, still in print).

But the real catalyst came a few years later, when Winston’s fascination with the supple, sweet world of slack key guitar playing-always one of his interests-grabbed hold of him and led him into an intrigue that continues to this day. Ten years ago, the musicians making up the Dancing Cat roster would have been virtually unknown. Today, after more than two dozen releases, mostly produced by Winston-and sometimes featuring Winston cameo appearances on guitar-and an increasing schedule of stateside touring,the names are gaining in familiarity. Aficionados are begining to recognize the different voices of such players as Led Ka’apana, Ray Kane, Sonny Chillingworth, Keola Beamer, Ozzie Kotani, and James “Bla” and Cyril Pahinui, the sons of the late icon Gabby Pahinui.

Slack key, in which players work with the richness and resonance of open tunings, dates back to the 1830s, when itinerant cowboys working on the islands brought over the western musical tool of choice, the guitar. The natives literally retuned the instrument-slackened the keys-to suit the sonorities relevant to their own musical tradition. At the heart of the music, then as now, is melodic gracefulness.

“Hawaiian music is very much about melody,” Winston offers. “It’s not so much sophisticated harmony. A lot of the songs only have two chords, even if you don’t notice it because there are so many beautiful things going on. One of the deepest roots of the music is in chant. That mingled with western music, which brought along the guitar, and then the slack key style developed. The Hawaiians would tune the instrument in different ways to fit their songs. So there was all this cross-fertilization with music from mainland America.”

For many years, Winston comments, slack key was an established, but non-mainstream, and someone marginalized, tradition in its native land, “the equivalent, here in America, to square dance fiddle-pre-bluegrass fiddle. That is the roots of bluegrass and the roots of country, but if you want to hear some old-time fiddle, you’ve got to know where and what night. Slack key is probably a bit better-known than that now (in Hawaii), just since the ’70s, because of pride in the culture. That ebbs and flows, and it gets more commercial for awhile and then there’s a ‘get back to the roots’ movement, and then it gets watered down again. The money thing gets in the way there. But the truth comes out, anyway.”

Like most independent record label founders, Winston sought out what he deemed the musical truth, following the scent of his own obsessions. “I was missing what I wanted to hear, so I had to create a record label to hear what I kept craving to hear,” Winston says, plainly. Fortunately, his label has always had the strong link to distribution sources of Windham Hill’s affiliations, because the music wasn’t naturally hot in the commercial sense. Still, Winston explains, “my job in life, if I chose to accept it, was to to whatever I can to make the playing of these great masters more available. It’s not with the idea of selling a lot of records. It’s not to say this is the best music. It’s just to make this music available.

“If you want flamenco or blues, you can get it. You can get Paco de Lucia, you can get late Sabicas or even Montoya’s 78s are reissued. But, essentially, the slack key tradition began about 1830, but the first recording wasn’t made until 1946, with (slack key legend) Gabby Pahinui. Hawaiian music started being recorded around 1898, depending on who you talk to, so it took half a century to get a single slack key note on record.

“It really was a deep underground soul music that was not commercial. The deepest musical form there is chant, but slack key is one of the deepest things. It brings out a sweetness. The westerners sure brought some bad things there, but one the good thing was the music.”

Two recent Dancing Cat releases suggest the range of the label’s interests: Dennis Kamakahi’s Ohana (family) is a gentle song set, with instrumental and vocal pieces by the seasoned romantic, joined by his son on ukelele. More instrumental bravura can be heard on the new duet by Cyril Pahinui and slide guitar wizard Bob Brozman, Four Hands Sweet & Hot. The title tells all, and it says a lot about much of the exotic-yet-familiar sounds comprising the Dancing Cat catalogue to date.