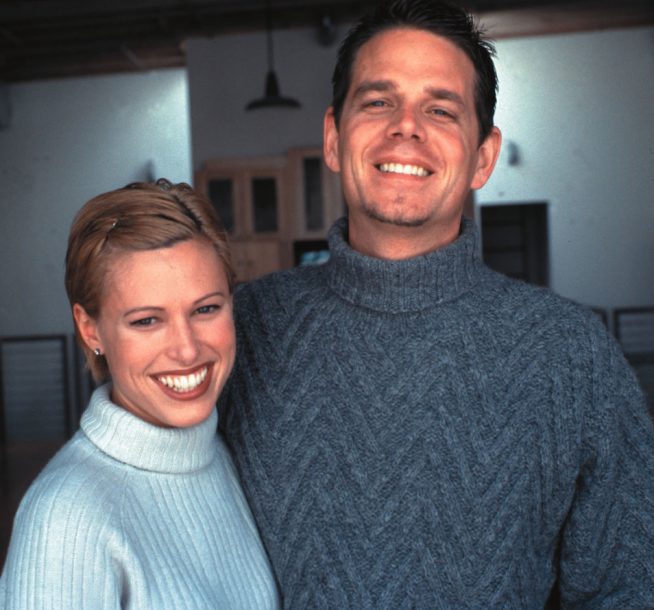 When I spoke to Michael McFadin who, with his wife, Jody, is founder of the Ubiquity, Luv ‘n Haight, and Cubop labels, he had just finished a recording session with Pucho and his Latin Soul Brothers for Cubop. This marked the first time that Pucho, who spends most of his time in New York City, had been to the West Coast, tangible evidence that Latin jazz artists are willing to go the distance for the San Francisco-based label. The recording also marked the first time the label is issuing new material by Pucho, whose classic ’70s releases, Yaina and Superfreak, are part of Cubop’s reissue catalog.

The McFadins’ interest in owning a label began with underground parties hosted by Jody, which in turn led to owning a record store and, eventually, in 1990, with only $1,000 and no bank loan of any kind, the founding of the Ubiquity label for the purpose of recording new music. Luv ‘n Haight is a reissue label focusing on funk, jazz, and soul grooves of the ’70s, and Cubop was started in 1995 for Latin jazz releases. The current Cubop catalog includes the Pucho material, releases by West Coast percussionists Bobby Matos and Johnny Blas, several Latin jazz dance compilations, the recently issued At the Point, V. 1 by New York trombonist Papo Vazquez, and the just released Agua de Cuba by renowned Cuban percussionist Francisco Aguabella. Other slated titles include two Aguabella reissues, Hitting Hard and H2O and a remake of the 1968 Cuban Roots, to be renamed Cuban Roots Revisited and featuring Aguabella, John Santos, Mark Weinstein, and Omar Sosa. Cubop expects to release about ten titles this year.

“We have been working round the clock these last few weeks, from 6:30 in the morning to midnight,” says McFadin. “We are growing very fast, exponentially, and there’s only nine of us to handle everything. Our growth is due to having good artists, good employees, and to sheer hard work.”

One of those nine employees is Andrew Jervis, who handles promotions and A & R but maintains that in an organization in which everyone has their “hands in many different pies,” there are no job titles, just responsibilities. He is quick to mention the active promotion and updating of the label’s web site (www.ubiquityrecords.com), plus a resourceful approach to marketing, as factors in the label’s success. “We’ve just inked a deal with Dockers, the clothing company, to have them sponsor some live dates with Aguabella, and we’re constantly doing things with Borders Music.”

McFadin agrees that much of the company’s growth can be traced to the Web site, which is kept fresh and interesting and is updated on a frequent basis. “Certainly I think the Web site has been a factor in the success of Cubop because Latin jazz fans will do anything to track down the music they want to hear, and the Internet is a great way to do that. My father-in-law, who is a huge Latin music fan, just recently bought a computer and the sole reason he did so was in order to surf the Web looking for Latin music.”

When asked if there were any artists he would like to record for Cubop, McFadin responded with an emphatic yes, and immediately mentioned Poncho Sanchez. “He’s the James Brown of Latin jazz, the hardest-working man in show business. I’ve been after him for a while and I will keep at it.” He adds that when he started the label he told his staff to “do whatever the hell it takes to make this company successful. People who visit our office frequently remark that it seems very together, very organized, but also very chaotic. We work together like a jazz ensemble, but we also improvise when needed.”