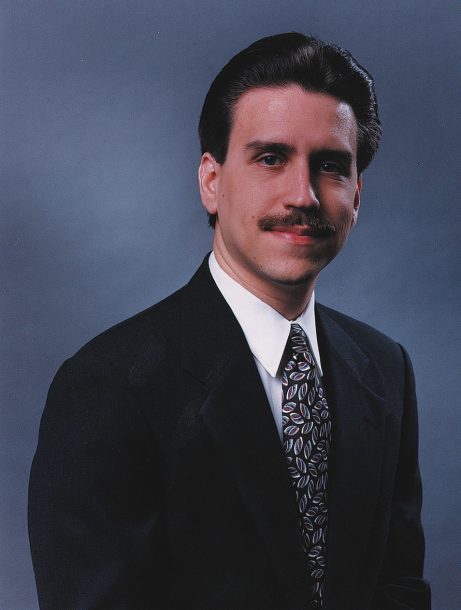 Concord Jazz is now celebrating its 25th anniversary in 1998-three years after the label’s founder and prolific producer Carl Jefferson succumbed to cancer. It all began when Jefferson founded the Concord Jazz Festival in 1969, which led to the establishment of the label in 1973. And appropriately, when he died, Jefferson’s departure was marked by yet another jazz festival, this one in his honor, featuring more than 80 of his artists, who paid loving tribute to his career that saw the release of more than 500 recordings.

Concord, of course, continues to remain a major presence on the jazz landscape since Jefferson’s departure, and its new president, Glen Barros (pictured, right), is committed to progress. “We will continue to expand our company to become a bigger and better-known jazz organization,” he said. “We have the means and the  resources to make it happen.”

Barros was handpicked by Jefferson to take over the label: “Carl actually flew to New York a week after he was diagnosed with cancer and asked me to take his place. It took me about ten seconds to decide to take him up on it. And on the day he asked me to succeed him, Carl was rushed back to California in a hospital helicopter. He died a week later.”

What Barros wants is to remain as true as possible to Concord’s impressive history and traditions, but he’s also holding onto Jefferson’s request that he run the company “the way I thought best and to follow my own creative instincts. I felt somewhat freed in that regard. But I want to carry on the integrity and honesty that Jeff brought to the label. What we’ve been doing is expanding the business end of things through good promotional activities. We want to work with artists from a career development point of view, not just to figure out what would be a great seller, but how do we build an artist’s career while also making great records.”

Barros also is aiming for creative expansion. Concord Jazz remains the flagship label, but he’s expanding the label’s reach into other areas of jazz and jazz-related music. “We launched the Concord Vista label in 1996, which will focus on contemporary jazz projects, and we plan to expand recordings on our Concord Picante Latin jazz label. Concord Concerto is our classical label, which also has a contemporary flair.”

Barros is also excited about Concord’s relationship with Stretch Records, run by Chick Corea and Ron Moss. “It’s an incredible partnership for us,” said Barros, “and I’ve always idolized the work of Chick and Ron.”

He sees his greatest challenge as reaching the fans. Jazz, he feels, lacks the built-in promotional vehicles of other genres, noting a lack of saturation radio, the difficulty to finance tours, and the shortage of managers and agents. “The fan base is there,” he said, “but the problem is trying to reach them effectively-especially cost-effectively.” Getting 50,000 fans to a jazz fest may be possible, but getting those same 50,000 to buy a CD, he feels, is a more impressive challenge.

Barros sees a healthy future for jazz but he has criticisms about the way things are being done, namely that the jazz industry seems to promote itself only to other jazz musicians and to the jazz community at large. “If I were going to build this music to speak to a larger audience and contribute to the longevity of jazz, we have to think about what we’re saying to the listener, not to other musicians or industry professionals or to anyone else who’s already hooked in. We need to make our music accessible.”

In that regard, Barros answers critics who have accused him of “selling out” with the Concord Vista label. “No way,” he asserts. “As long as we keep the artistic integrity there and offer great music, we are on solid ground. He noted a Vista release by Randy Brecker this year, Into the Sun, received a Grammy Award, yet was unable to garner any appreciable radio play because it crossed many jazz forms and wasn’t a “good fit.”

“We thought the record was brilliant, and obviously it was,” said Barros. “But it’s very troubling for me when good music can’t get played on the radio because it doesn’t fit into a box.”

During its 25 years, Concord has amassed an enviable catalog of recorded sounds, a catalog so deep that it seems unlikely that any jazz afficionado wouldn’t have at least a dozen or so in his or her collection. Rosemary Clooney, to be sure, has been a top seller, and her recent Concord release, White Christmas, was her first number-one record, believe it or not. “Marian [McPartland] always does great, as does Mel Torme,” said Barros. “Gene Harris and Scott Hamilton have been with us from the start, and Tania Maria has also been a great seller for us.” Barros plans to continue the label’s successful Maybeck solo piano series despite the fact that the concert hall recently changed owners.

“We’ve just signed a deal with Michael Feinstein, and we also have a Gershwin project coming up,” he added. “We follow that with a Vista release by Patti Austin and, a few weeks after that, we have Gary Burton and Chick Corea, Pat Metheny, Dave Holland, and Roy Haynes on Concord Jazz. That’s a big record for us.”

Barros is also “knocked out” by singer Karrin Allyson: “When I met Carl, he gave me a pile of Concord releases to listen to and there were many artists I didn’t know. Karrin was one of them. I had a long drive in New York and I put her CD on in my car and she blew me away! I totally believe that if we can get her music into the hands of jazz fans, the vast majority of them will love her.”

All of Concord’s projects, according to Barros, must pass the litmus test of great artistry and have a jazz approach. “That’s our common denominator,” he said, “and I think Carl is looking down and smiling. He was delighted that the label would continue to grow after he was gone and I want to honor what Carl did for a long time to come.”