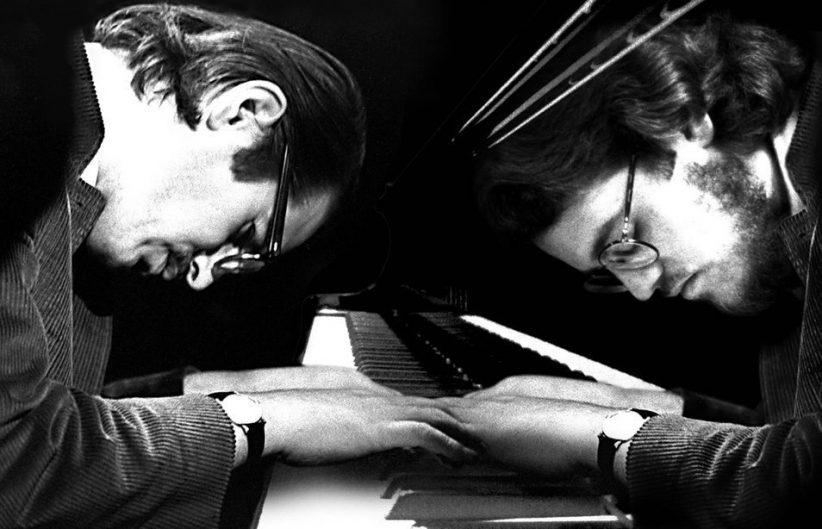 Arguably the greatest and most influential jazz pianist of the past 50 years, Bill Evans began recording on commercial labels at the relatively advanced age of 27. By then his style was already original, although it would evolve. How Evans developed prior to ’56 has been a matter of conjecture, as it had not been documented. But now, thanks to Evan Evans, Bill’s 24-year-old son and a film composer in his own right, we’re going to get some answers. Evan has established his own label, E3 Records (www.e3records.com or www.billevans.org), and is in the process of issuing at least 20 hours of private recordings that Bill made from 1943, when he was 14 (he began playing professionally at 12), to 1955. The Very Early series will initially contain five CDs, issued chronologically, containing tapes Bill made while he practiced as a young man. These will include Bill playing blues, boogie woogie and bop unaccompanied, in trios and with small combos and big bands and performing and conducting classical pieces, such as a brass octet he wrote while a college student. Another series, the Practice Tapes, will contain material he recorded later in his career.

Evan was only five when Bill passed away, but became absorbed in his music. He recalls events leading up to his founding of E3: “I was just starting to fulfill my dream of becoming a film composer when I happened upon some recordings of my father in some boxes in the attic. I had spent so much time and energy to get to the point when I was finally writing for feature films, and there was such great momentum, that I felt it was necessary to focus on my own career at that moment, although in the back of my mind I knew there would come a time when it would be crucial to examine and preserve the newly discovered recordings. And sure enough, more recently, as my career as a film composer now has a solid foundation, I decided to take a break from my scoring and do myself and the Bill Evans fans the favor of restoring, preserving and producing these historic tapes on my own record label.”

The first record to be issued by E3 is Practice Tape #1, about which Evan has little information, except that it was probably made in the ’70s. Bill plays unaccompanied, performing standards, some of his originals, “These Things Called Changes,” “Walkin’ Up,” “Only Child,” “Turn Out the Stars” and even Bach selections from “The Art of the Fugue” and “The Well-Tempered Clavier.” At times he breaks off his performances abruptly, but even his fragments are full of substantive ideas and rich voicings. Because he’s not playing for a live audience or recording for a commercial company, he takes more chances than usual. In a trio context, Bill would open up his solos more for the bass and drums to be heard, but since they’re not here, his work is more concentrated. Despite their absence, his time is very steady.

Some of his work is impressionistic and ruminative, but he also turns in infectiously swinging improvisation, using rhythmic displacement to build a strong head of steam in a short time and he displays his expert skills at reharmonization.

Bill’s life was full of tragedy. Evan has tried to understand why he acted as he did. “There is a certain part of me that understands every part of my father. I, of course, never knew him directly, although I share all his perspectives, including those that people have never known. It is my own intuition that tells me that the spirit that occupied him before his tragic turn to drugs is the one that really counted. Unfortunately, some define my father as introverted or withdrawn. This is not the true Bill Evans. It is merely a mechanism of his experienced horrors. I hope that in the coming years I can bring out the truth of what he really wanted and who he really was. These records are the first of my endeavors on this route, and are truly powerful. I hope the general public will see through any degradation and quality problems so as to come to a better understanding, as I have.”