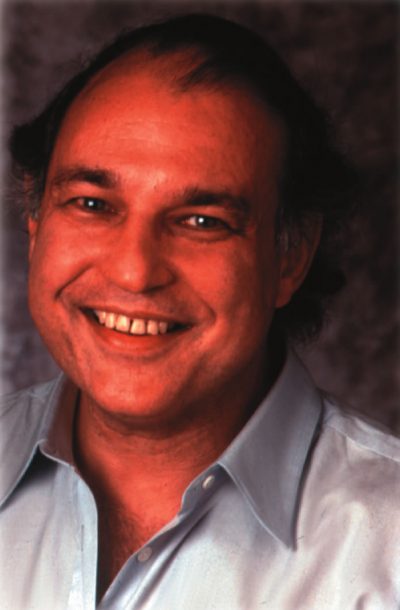 About 15 years ago, back when blank video tapes cost $15 each and the Beta-versus-VHS wars were going on, Bob Karcy started V.I.E.W. Video, a cutting-edge company that brought prerecorded video culture into the homes of thousands. Today, Karcy’s video company has a catalog of more than 300 live jazz concerts, documentaries, operas, ballets and classical music, and is enjoying great success. Now he’s following this up with a record label-Arkadia Jazz-and he’s spending most of his time getting the fledgling label off and running without a hitch.

To help, he’s signed on some of the great masters of the art- including Billy Taylor, Benny Golson and Dave Liebman, along with newcomers whom Karcy feels show great promise. He hopes for about a dozen titles in retail shops by the end of the year.

“I started the label because it’s in my blood,” he said from his New York City office. “I’m an ex-musician, and although life took me on this side road, I’ve always had a consistent love for music, and jazz in particular. And I’ve also always blurred the distinctions between audio and video.”

His vision for the label is for it to become an “umbrella and a home for the entire body of work of an artist,” he said. “With Billy and Dave, we videotaped their rehearsals when they first saw their music. We also documented some of their live concerts before the recording dates. We had multiple cameras at the recording date and we did interviews with them. We’re producing enhanced CDs and displaying all the artistic possibilities of our musicians.”

All of this video footage will also be useful for future DVD releases, as well as video press kits, CD ROMs and other high-tech possibilities, including promotion via the label’s Internet site.

The first releases-Taylor’s Music Keeps Us Young and Liebman’s New Vista have enjoyed strong radio play, and Golson’s Up Jumped Benny is just out. Liebman’s next project for Arkadia is a recording of John Coltrane’s Meditation Suite, including Liebman’s scholarly analysis of Coltrane’s work, which will be included on an enhanced CD.

Historic recordings also have a home here, and Karcy is pleased to offer a remastered work by Django Reinhardt, with guest Coleman Hawkins. Previously unreleased recordings of Red Garland, Chet Baker, Kenny Drew and Art Blakey are also on the schedule.

V.I.E.W. Video and Arkadia are under the same corporate umbrella, and even though Arkadia is its own corporate identity, many staffers really overlap the two firms. “The two companies are really brother and sister,” he said.

Karcy, 59, says his biggest frustration is not having enough hours in the day. “We have 17 people with the video company now,” he said. “Since we gave birth to V.I.E.W. Video-when nobody knew what to do with video or how to distribute it-we ended up with our own warehouse and sales forces to distribute our product. Translating that distribution to an audio product has been another challenge. But we have the staff and the capability to do our own distribution, and that’s a bonus for us.”

Arkadia also includes Arkadia Chanson-an international label with French artists such as Edith Piaf, Maurice Chevalier and Josephine Baker-all remastered and as close to original as possible. “We also produce Arkadia Edusong, an educational label aimed at middle and high schools. “I’m passionate about education,” said Karcy, “and I think it’s the key to our future. I talk for hours with Billy Taylor and Dave Liebman because all of us realize how vital jazz education is. We spend hours defending our own personal views of what we like and what we don’t.”

All Arkadia Jazz releases come with four-color packaging, with liner notes that fold out into mini posters. The liner notes themselves are important to Karcy, who acknowledges that they are an important part of jazz history. “We know that we are a part of the ongoing musical heritage,” he said, “and we want someone to be able to put our CDs on in 2035 and know that it will hold its own.”