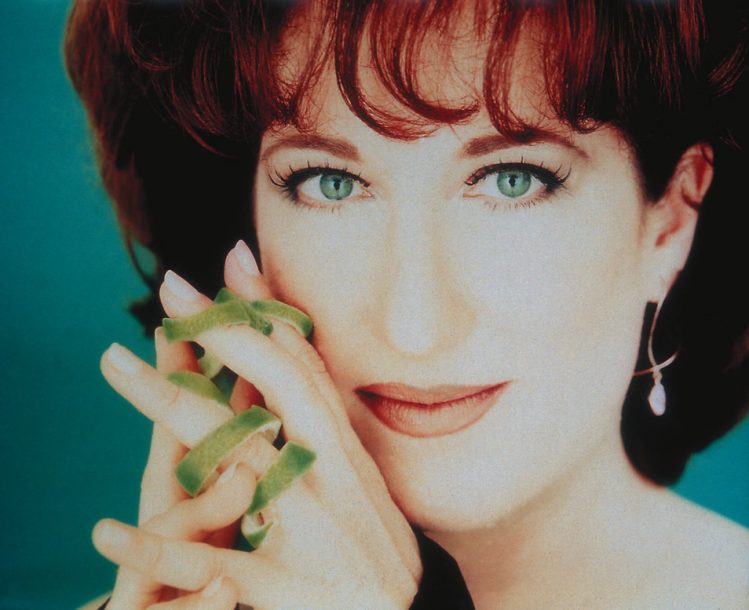 For an intoxicating taste of the San Francisco jazz scene, you’d do well to order Straight Up With A Twist by Bay Area native vocalist Kitty Margolis, recently released on the Mad-Kat Records label she co-manages with singer Madeline Eastman. “Think globally, buy locally” was the motto on the red-headed Margolis’ mind when she put the project together with co-producer and husband Alfonso Montuori.

“The right people for the job are the people you make music with on a daily or weekly basis,” the singer maintains, as she and Montuori share gourmet coffees at the fabled Enrico’s. This is the heart of North Beach, whose six decades of jazz clubs have included two incarnations of the Jazz Workshop, the second of which served as the live site of Margolis’s debut disc eight years ago. It’s also the neighborhood she’s lived in since the ’70s, when she was offered her first regular gig at the tiny Peta’s on Columbus Avenue.

Twist serves up a curious combo of Bay Area genres and generations. Veteran bluesmaster Charles Brown shares vocals on a languid “Wouldn’t It Be Loverly” and a funky party take on “The ‘In’ Crowd,” which evokes the wild but warm feeling of a local Margolis performance. Young saxophonist Kenny Brooks stylishly represents what’s sometimes termed New Jazz, from the SOMA (South of Market) scene. Mike Spiro’s percussion, including African kalimba and Brazilian berimbau, matches the city’s and the singer’s international perspective, evident also in Margolis’s Bombayesque slithering on “Speak Low” and the Pygmy yodels that introduce “Getting to Know You.”

Visiting this mind-bending mix is trumpeter Roy Hargrove, who on a previous trip spent an afternoon at Margolis’s apartment taking singing lessons. “He’s not known for muted trumpet playing,” notes the singer, who was responsible for bringing the Harmon to the recording session. “But he does some of his most beautiful playing here,” on ‘The Night Has A Thousand Eyes’and several other tracks. “Talk about fills from heaven!”

Margolis has won respect and cooperation from such instrumentalists by sharing their visionary approach to melody and rhythm and behaving more like a bandleader than “the diva chick in front of the band.” And sticking with her own independent label has helped her stay in control. “Mad-Kat,” she assures, “is stronger than ever.”