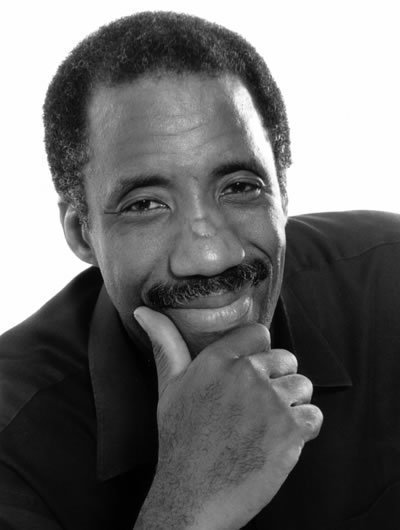 Given the loose feel composer/producer/multi-instrumentalist Kimo Williams’ 22-piece big band Kimotion achieves on his latest album, Tracking (Little Beck), you might think the ensemble was all together during the recording process. In reality, the Chicago-based Williams recorded each part individually and relied on a combination of meticulous planning and trust in his musicians to attain the sound he was after.

Williams came to the sessions with very specific ideas about each part and outlined for each musician exactly what he was looking for-sort of the way a movie director works with his cast. It was then up to the player to interpret Williams’ directives, and he welcomed experimentation. “I’m always asking for recommendations,” he says. “So that means [the musicians] become part of the process. They’re not just somebody who’s been hired to do something.”

Kimotion’s sound, which is described as “symphonic big-band rock,” fuses jazz, rock, funk and hip-hop elements into a dynamic hybrid, and most of the compositions on Tracking tell specific stories or refer to particular experiences Williams had as a youngster growing up in Hawaii. He was therefore assiduous about choosing musicians he felt would best communicate the spirit of each tune. On “Paumalu Place,” a tale of thwarted young love is told via a series of piano, saxophone and guitar solos and cadenzas, Michael Brecker provides the musical voice of the father who deems his daughter’s lover unworthy. Says Williams, “Brecker has more control of his tenor saxophone than most tenor saxophonists alive, so he’s able to create sounds on the saxophone that can represent a father who’s very upset at his daughter. And I could have had another saxophone player, but it would have sounded like a saxophone player who’s playing some licks.” In the same manner, Williams utilized several bassists-including himself, Victor Bailey and actor and album co-producer Gary Sinise, an accomplished bassist with what Williams describes as “that old, fluent 1970s style”-and matched their individual strengths to specific tunes.

“What I want to do is get beyond the technical aspects of [composition] and get into the meat, the spirit, of composition and be able to say things that go beyond what’s written down,” explains Williams. “And that’s one of the reasons why this Tracking approach is so important to me, because I know all these guys can read that stuff; I know I could get them all into a room and get them to play it, but I want to be intimately involved with every note that is being performed on this album, and that’s the only way to do it.”