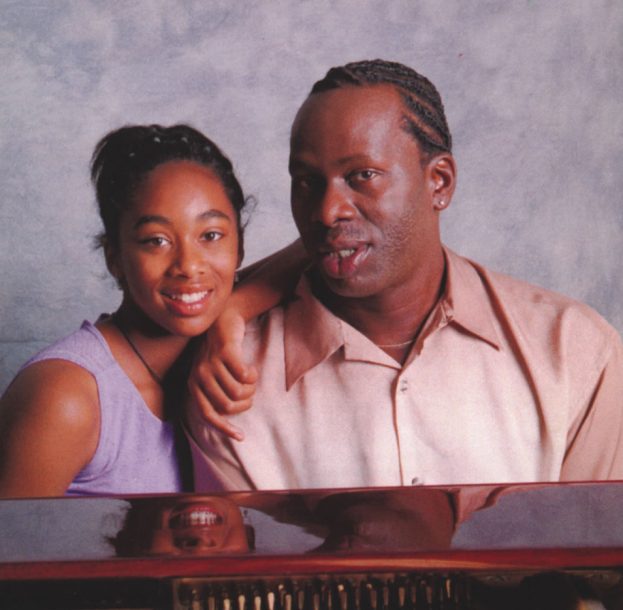 Although keyboardist Kevin Toney’s latest album, Strut (Shanachie), features the kind of easily accessible, urban-flavored tunes that render the album appropriate for smooth-jazz radio, its intricate compositions and Toney’s sophisticated playing evince his rock-solid jazz, blues, and gospel roots. “At the heart of what I do is always jazz,” says Toney. Growing up immersed in jazz, the Detroit-born Toney learned to play standards and the music of jazz’s legends at an early age. “I was trying to play John Coltrane’s ‘Giant Steps’ at age 16, 17, and listening to Art Tatum and trying to figure those things out.”

As a student at Howard University, Toney was a member of the Blackbyrds, the successful college group founded by educator and trumpeter Donald Byrd. The young group performed with the likes of Grover Washington Jr., Chick Corea, Herbie Hancock and the Crusaders, and the exposure to such artists helped broaden Toney’s repertoire.

Strut features two brief improvised solo-piano pieces that grew out of Toney’s experience producing a Duke Ellington tribute album entitled Satin Doll: Smooth Jazz Plays Duke Ellington, which came out last year. A collection of Ellington standards performed by smooth-jazz artists, it included Toney’s solo piano rendition of “Prelude to a Kiss.” He so enjoyed recording the track that he featured solo piano on Strut and plans to include more on future releases.

Toney enlisted saxophonist Pamela Williams and guitarist Ray Parker Jr. to play on the Ellington tribute, and last summer, the group-dubbed the West Coast Players-toured in support of the album, and recently began recording an album to be released this year. Toney, who recently finished producing the debut release of saxophonist Reggie Codrington, says he would like to produce another album similar to the Ellington tribute. He’s also got his next solo album to think of, which undoubtedly will again fuse traditional and contemporary jazz. As Toney says, “In all my music you can always hear the jazz lineage. No matter how contemporary it is, no matter how funky the grooves are or how simple the melody may be; still, at the core of what I do is the linkage of what jazz is about.”