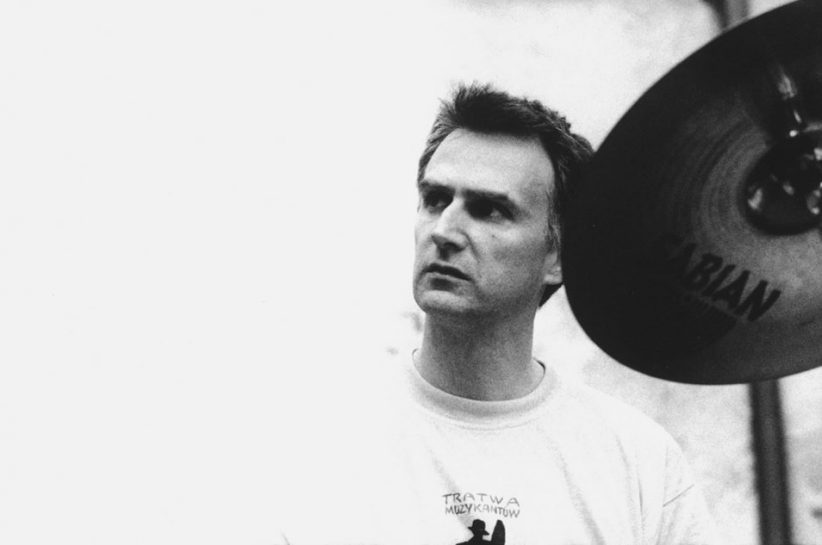 As a teenager in the early ’70s, when rock ‘n’ roll musicians ruled, percussionist-composer Kevin Norton made an unusual choice for his own personal music of the moment-one that probably suggested to his buddies that he had lost all purchase on pop culture.

“Anthony Braxton. He was a hero to me,” Norton says. He wasn’t just in awe of the reedman, but also Braxton’s then-drummer, Barry Altschul. “The drumming on some of those records-Barry Altschul plays like Art Blakey but also like a classical percussionist. The isolated percussion sounds on those recordings. What sounds like free music to a lot of people-to me, it was putting a lot of things together, a lot of different music, classical and jazz, on a spiritual level.”

Altshul’s flexible, uncontrived drumming behind Braxton encouraged Norton through his time at school-CUNY’s Hunter College and a master’s from the Manhattan School of Music-and into his professional career in creative music. Several years into Norton’s performing career he was still so taken by Braxton that he cold-called him and attempted to commission a solo percussion composition from the reedist. “I’m still waiting,” Norton says of the solo-percussion piece. He managed to snag an acceptable consolation prize, however: Braxton invited Norton to perform with the band that would become his Ghost Trance Ensemble. Norton has been a regular contributor to Braxton’s music ever since. “I wanted to relate to Braxton the way Blakey related to Monk or Herbie Nichols,” Norton says. “It’s a great thing to be with a musician’s music from the inception.”

Norton’s deft, exacting drumming, his multifaceted composition skills, his ability to play mallet instruments and the sensitivity and range that a person needs to hold Braxton’s drum chair for any length of time have made him a valuable sideman. Norton points to time spent with guitarist James Emery, pianist Denman Maroney’s Fluxations Ensemble and Ed Ratliff’s Rhapsodalia as positive non-Braxtonian experiences. Recently, however, he’s grown impatient with the supporting-player routine. In addition to his continued work as a professor at William Paterson University, Norton has started to focus on his own ensembles and collectives, with exceptions made for Braxton gigs. That shift in plans, as well as the founding of Norton’s own record label, Barking Hoop, has resulted in a flood of new recordings featuring Norton as a leader and/or in various configurations with Braxton and fellow Ghost Trancers.

Barking Hoop began in 1999 with For Guy Debord, a live concert recording of a piece Norton composed for the French situationist provocateur, with Braxton cast as sideman. “I taped the concert, not thinking I was going to put it out,” Norton says. “But I was so happy with the results that I thought, well, this should come out. I went to a few different record companies. Nobody jumped. I don’t love the business side of music. It is a means to an end, in a sense. I kept writing and playing music and waiting for someone to discover it. It was a heartbreaking process, and I decided to move beyond it.”

Norton’s interest in the legacies of obscure activists continues with the recent Change Dance (Troubled Energy), a partly composed suite dedicated to the activist/artist Katherine Chang/Kathy Change, who set herself afire in 1996 at the University of Pennsylvania in an antigovernment protest. Norton and bassist Mark Dresser form a rattling, tumultuous rhythm section set against mournful long tones and drawn-out solos from a battery of horns. “[Change and Debord] were underdogs, but were compassionate and believed in their convictions,” Norton says. “Kathy Change refused to back down from her convictions that we needed a world with peace. It would be easy to write her off as a nut job, in a way. But in another way you have to admire someone who had convictions with that amount of passion.”

Barking Hoop has also recently released 8 Standards (Wesleyan) 2001, a double-disc live recording of the Braxton ensemble playing standards, and 2001’s Play the Music of Anthony Braxton, an extremely focused duo recording by pianist Haewon Min and Norton, who sticks almost exclusively to the vibes and marimba. “On a selfish level, I wanted to get into some of those pieces,” Norton says of the difficult Play the Music of Anthony Braxton. “I wanted to get into Anthony’s harmonic materials in an in-depth way.”

The project closest to Norton’s heart right now is the music he made with bassist Wilber Morris, who died in August. Norton, Morris and German saxophonist Alfred Harth collaborated as Trio Viriditas on the cooler, more pacific [email protected] for the Portuguese label Clean Feed. Norton had been writing music for groups including Morris all summer, only to find out that his health had rapidly deteriorated. “I was thinking about him all the time,” Norton says. Another recording featuring Morris in Norton’s Meta-Four Quintet will come out on Clean Feed this fall.