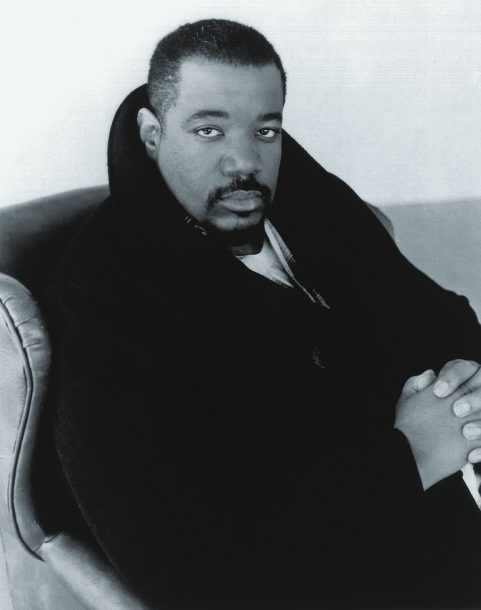 If the majesty of Kevin Mahogany has somehow eluded you through the dozen years and 11 albums that have accumulated since his dynamic 1993 debut, Double Rainbow, the Kansas City-born baritone’s richly polished Big Band (Lightyear/Mahogany) is an ideal introduction. For long-standing Mahogany connoisseurs, it’s simply continued proof that he remains in an exalted class all his own.

Mahogany’s big, basso Joe Williams-ness is particularly well-suited to bold ‘n’ brassy orchestral backing, provided principally by the Frank Montooth Jazz Orchestra (on half of the album’s 10 tracks) with single appearances by the likes of the Big City Swing Jazz Band and his hometown Kansas City Boulevard Big Band, sturdy enough to support his multishaded robustness. Standards are the order of the day here, with Mahogany serving up a bracing “Moonlight in Vermont,” a swingin’ “It Don’t Mean a Thing” set to a light Afro-Cuban beat and a scintillating, suede-soft, samba treatment of “Three Little Words.” Mahogany teams with the sizzling Veronica Martell for a sinfully dusky “It’s Alright With Me” and shows off his tremendous balladeer skills on “Dear Ruby” and a muted, three-in-the-morning “One for My Baby” gently wrapped in velvety tenor sax work by guest soloist Peter Christlieb. Like Williams, Mahogany is a master of buttercream blues, as evidenced by a towering treatment of Harry “Sweets” Edison and Jon Hendricks’ “Centerpiece” complete with a stunner of a scat chorus that suggests the technical wizardry of Mel Torme blended with the cunning intelligence of Cassandra Wilson. Finishing with stylish flourish, Mahogany joins forces with pianist James Williams’ for an urbane “Don’t Get Around Much Anymore” that echoes the scotch ‘n’ sable Nat “King” Cole version (from the Billy May-led big band tour de force Just One of Those Things) in its grand elegance.