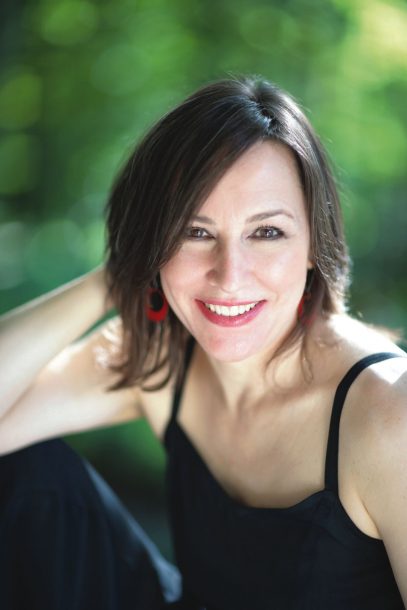 She couldn’t have known it at the time, but Thanksgiving Day 1993 would ultimately provide vocalist and guitarist Kendra Shank plenty to give thanks for. Shank, eager to move beyond her folk and bluegrass roots, was then living in Seattle and studying jazz under the great Jay Clayton. Into town breezed Abbey Lincoln, scheduled for a weeklong gig at Jazz Alley. Since the club was closed for the holiday, Clayton asked Lincoln to join her for Thanksgiving dinner. Shank, too, was invited. “I walked in the door, and there was Abbey Lincoln!” recalls Shank. “She and I didn’t talk much at that first meeting. She was really Jay’s guest, so I just sat there and listened to the two masters talk to each other.”

One year and about 5,000 miles later, Shank fell under Lincoln’s spell. Living and working in Paris, she went to see Lincoln in concert and “her music really hit me. Suddenly I got it. Every word, every note had such intention and power. I felt like I’d been hit by white light. That was when her singing and her songwriting first connected with me. [Her album] A Turtle’s Dream was released the following year. That record had a huge influence on me, [and I] then ended up buying every album Abbey had recorded.”

Returning to New York, Shank reconnected with Lincoln and the two began a friendship that continues to this day. Shank began adding Lincoln songs to her repertoire, including two-“Angel Face” (cowritten with Hank Jones) and “Should’ve Been”-on her second jazz album, 1998’s Wish, and another, “Throw It Away,” on 2000’s Reflections.

Five years ago, Shank was encouraged to become the first artist to devote an entire album to Lincoln’s songs. The idea, proffered by jazz journalist (and JT columnist) Gary Giddins, was ignited by a celebration of Lincoln’s songwriting at, appropriately enough, Lincoln Center. “It was outstanding,” Shank enthuses. “It was so beautiful and powerful to hear the whole body of her work, [and] really did show, over three very intense days, just how brilliant a composer Abbey is.”

Giddins’ suggestion came, says Shank, at a time when “I’d been looking for songs that talk about more than just romantic love.” Anxious to “get away from the victim-heartache-unrequited-love songs,” she recognized that “Abbey’s songs provide other things to sing about-philosophical issues and life-affirming things and the strength of a woman.”

Shank’s first challenge was narrowing the huge list of Lincoln songs down to the 11 that would eventually fill A Spirit Free: Abbey Lincoln Songbook, released earlier this year by European-based Challenge Records. “I very quickly decided that I wanted to focus on songs for which she’d written both words and music. She’s done some wonderful collaborative songs that I love very much, and several of which are in my repertoire, but I really wanted to pay tribute to her as a composer. That cut the list down some, but it was still very difficult to choose. What it boiled down to was just songs that spoke to me in a personal way.”

Among the selections that Shank says “really called to me” was “The World Is Falling Down.” Though the song dates from 1990, she says it took on a “whole new meaning for me” after she witnessed first-hand the collapse of the World Trade Center. “The day was so horrific and devastating and unfathomable, and that refrain-‘the world is falling down, hold my hand’-came into my head. It was a real healing song for me, and right away I knew it was going on the album.”

Though Shank insists that “Abbey’s songs are so great it’s risky to single one out,” she does acknowledge “Down Here Below” as “one of her all-time greatest compositions. The words, the music, the melody and those beautiful chord changes-it’s so deep and sophisticated. I remember when A Turtle’s Dream first came out, I played that song over and over and over. If I was feeling down or alone or a little lost, it would really uplift me. It has those lines-‘You made me just the way to be: a heart with feeling, eyes to see, a strong embrace, a simple hand, a spirit free that says ‘I can’-that really helped me. All of Abbey’s songs have [provided] a sort of spiritual guide for me through life. If I’m down or despaired, I remember that line that suggests ‘I can, I can, I can do this’.”