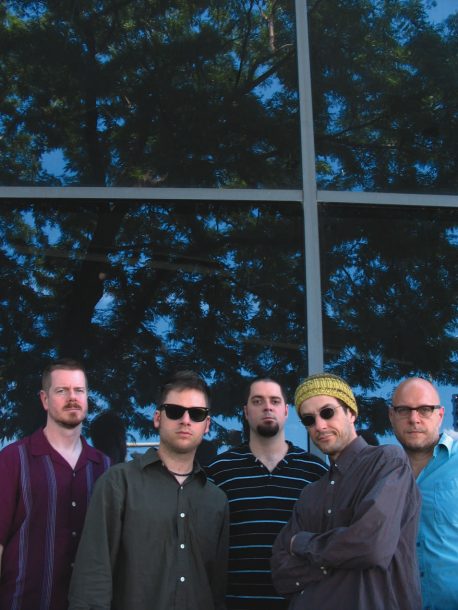 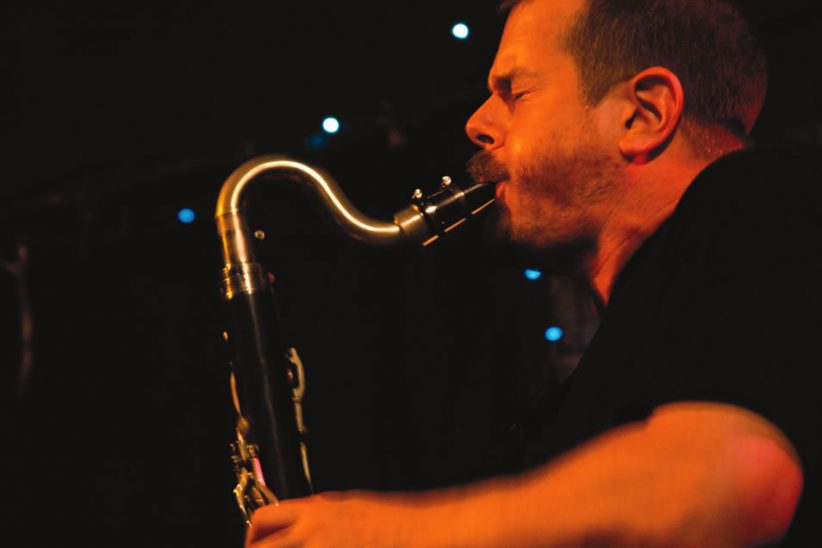 I’m a little bit tired,” Ken Vandermark says over the phone from his Chicago home. “I’m trying to get some charts written up between the calls.” The truth is Vandermark is probably always a little bit tired because he’s always trying to get something together: charts, recordings, bands, tours or curating festivals. The busiest man in underground jazz can’t seem to slow down. “I’m terrible at taking time off. I keep-” he sighs and pauses “-I’ve had a lot of friends who have said, ‘Look, man, you’ve got to take a break.’ And enough of them have said it that I’m thinking, ‘Maybe I should take a break,'” Vandermark laughs. “But I’m really bad at it. I’m really happy when I’m playing.”

One of the recent fruits of all his labor is the Vandermark 5’s 12-CD Alchemia (Not2) box set, recorded live in Poland. “We were invited to play in Krakow for five days straight,” Vandermark says. “To have that document out there, it’s a really clear picture of how the group worked.”

Vandermark uses the work “document” frequently to describe his recordings. For him the CDs are merely signposts of an ongoing journey. A new document of the Vandermark 5 hit the shelves recently, The Color of Memory, a two-CD collection that perfectly captures the hard-edged swing and loose-limbed improv that the band has been honing for almost a decade. But Memory also closes a chapter on the band’s history: Original member and trombonist/part-time guitarist Jeb Bishop left the quintet last year soon after the CD was recorded.

“He was having some trouble with his hearing,” Vandermark says. “It’s not like tinnitus; instead of a high ringing sound, at different times the sounds he’s getting are distorted. It sounds maddening. So he wanted to take a break. He’s actually started to do some concerts this past summer. He sounds great.”

Replacing Bishop in the V5 is cellist Fred Lonberg-Holm, and in early 2006 he’ll tour with the group in support of The Color of Memory. “Fred’s an incredibly versatile player,” Vandermark says. “Fred’s also interested in treating the instrument’s sound, so that gives us more electric kinds of possibilities and more chamber-music possibilities.”

Vandermark’s chamber-music chops get exercised on two other new CDs: Free Fall’s Amsterdam Funk (Smalltown Superjazzz) and FME’s Cuts (Okkadisk). Free Fall features pianist Håvard Wiik and bassist Ingebrigt Håker Flaten, two of the most talented players from Norway’s new school of jazz, in a setting that was originally inspired by the gorgeous and experimental early 1960s chamber-jazz made by the Jimmy Giuffre 3, with Paul Bley and Steve Swallow. For FME, with the astounding Norwegian drummer Paal Nilssen-Love and the versatile, Chicago-based bassist Nate McBride, Vandermark says, “The compositions are quite modular. There are three parallel sets of activity for each composition-a primary melodic element, a secondary melodic element and a sketch for the rhythmic sensibility. These things can be flipped around so the bass is playing the melodic line or the saxophone is covering the rhythmic lines. Because the stuff is so flexible, it’s allowed us to do something not unlike what Don Cherry was doing with Complete Communion. There are some conduction-type pieces, some very hard-edged, stripped-down rock or funk grooves or very open-ended, introspective-type stuff.”

Introspective? Who has time for introspection? In fact, Vandermark has formed several more other bands recently: Power House Sound, which he describes as “a cross between the Miles Davis electric stuff, Public Enemy and Lee Perry,” with McBride, Flaten and Norwegian noisemaker Lasse Marhaug; Bridge 61, a collective with McBride, V5 drummer Tim Daisy and bass clarinetist Jason Stein; Fire Room with Nilssen-Love and Marhaug; and a trio with guitarist Joe Morris and drummer Luther Gray.

With so many ideas flowing from his brain to his horns, it’s no wonder Vandermark gets no sleep.