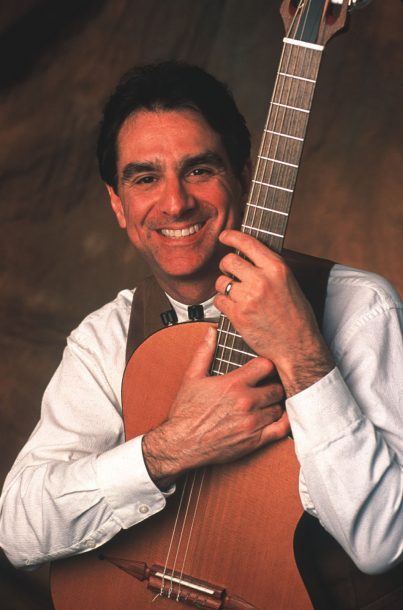 Ken Navarro’s latest album, Slow Dance, features the funky jazz-pop colored with delicate acoustic and electric guitar that he’s made his name on during a 12-year solo career, but it also marks some profound changes for the smooth-jazz guitarist. For over a decade, Navarro has run Maryland-based Positive Music, which has released all of his albums, but last year he signed with Shanachie Records. “It really was a difficult thing for me to see myself jumping to another label, but it got to the point at Positive where we just weren’t able to do the things that needed to be done to get me to the next level,” Navarro says, and that “the nature of independent distribution has gotten extremely difficult in the last 18 months.”

Slow Dance’s grooving, gracefully melodic compositions include “28 (For Kristin),” a loving tribute to his wife, who is also his manager and one of the principals at Positive Music. Four tracks feature Navarro’s old friend, saxophonist Eric Marienthal, and his new labelmate, saxophonist Kim Waters, guests on two more.

The events of September 11 inspired the tune “Healing Hands.” “I wrote most of that song before September 11,” recalls Navarro. “I had written everything but the melody, and just couldn’t seem to come up with a melody that felt strong enough to me. And the morning of September 11, like everybody else-[I was] just drawn all day long watching the TV and trying to make sense out of what was happening. Around 2:30 or 3 in the afternoon, I just couldn’t stand doing that any more and I went down to the studio where I’d been working on that song, and in 10 minutes I wrote the melody. When I hear the song, it sounds intense to me, because I knew how I felt when I wrote that melody.”

Although he acknowledges that “it’s a little bit of a change to pull myself out of the day-to-day business side of the development of a record,” Navarro relishes the opportunity to concentrate more on his music. “Used to be that when I finished a record, I barely had time to play because I was so busy with the marketing and the manufacturing and the radio promotion and all of those things,” he says. “So it’s a little hard not to be involved in it after all these years, but it’s also nice to have the time to be focusing on being an artist and getting ready to go out and perform behind the record.”