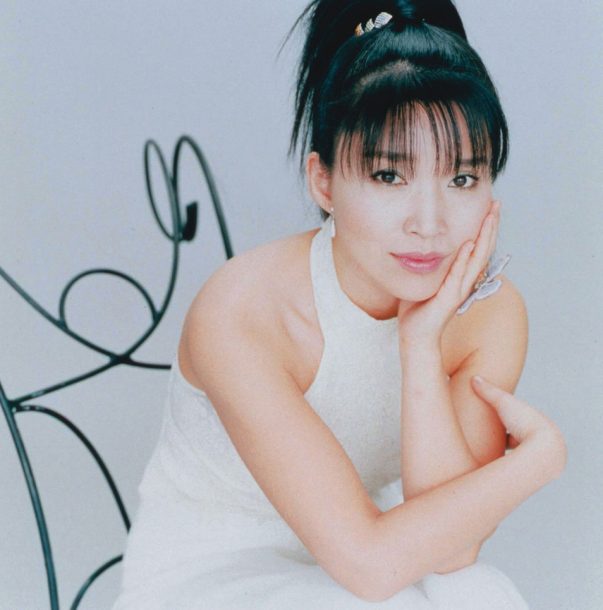 There’s the generous humanitarian Keiko Matsui, who gives concerts to benefit marrow donor and breast-cancer research programs. There’s the soothing Keiko Matsui, whose symphonic CDs create healing soundtracks for thousands. Then there’s the rockin’ Keiko Matsui, when the diminutive pianist radiates energy on stage, dancing and swirling to her music with a portable Yamaha KX5 keyboard strapped over her shoulder.

“Playing concerts is a different form of expression,” says Matsui. “CDs are more for people putting their minds together with the universe or themselves. Concerts are for the audience and musicians. We enhance each other’s energy.”

It’s the mellow side of Matsui that comes through on her latest CD, The Ring (Narada), which is produced by her husband and shakuhachi flute player, Kazu Matsui. “We work together all the time,” she says. “He has a vision surrounding my music and our lives-I think he wants me to be the Pink Floyd of instrumental music. I don’t know much about Pink Floyd. He’s from the ’70s.”

Matsui drew inspiration for her 14th CD from classic opera and literature’s epic power struggles. “I recently saw Wagner’s opera Der Ring des Nibelungen,” she says. “The ring is a symbol of power-with that one can rule the world. The struggles and hatred surrounding this ring, by gods, goddesses and human beings, is the theme of this amazing musical. As a composer, I was touched that Wagner tried to express the fear toward the power game 150 years ago. Backstabbing and power struggles are wrong. I have no intention of competing with Wagner, but I wanted to try in my way to calm the human mind and the spirits of the earth.”

Matsui has calmed minds since her 1987 debut, A Drop of Water. She’s now sold more than one million CDs in the United States. Born in Tokyo, Matsui began piano lessons at age five. (“There’s a saying in Japan,” Matsui says. “If you take your children to their first [lesson] in the first June after their fifth birthday, they will study for a long time.”) She picked up her love for jazz in junior high and later studied at the Yamaha Music Foundation, where she met her husband. She composed her first film score at 17 and graduated from Nihon Joshi Daigaku (Japan Women’s University). After releasing four albums with a jazz band called Cosmos, she turned to her solo career.

Matsui calls herself a spiritual person. You hear that reflected in the words she chooses to express herself. “First, of course, I try to make music for myself,” says Matsui, whom Billboard magazine in 1996 named the top indie contemporary-jazz artist, and whom the Oasis National Smooth Jazz Awards in 2000 named as the top female artist. “But I am a part of the earth, universe and human society, so the music is also for everyone else. We get many e-mails from people who are in sad and hard situations who say my music has helped them. That makes me go forward.”

Although she’s composed some smooth-jazz staples, most of Matsui’s music could easily stock the New Age bins. Her last CD, Deep Blue, reached No. 1 on the Billboard New Age charts. But there are always a few songs on her CDs that cross over to smooth-jazz radio. “Smooth jazz’s meaning always evolves, and I hope it keeps doing so,” she says. “I hope the term stays hazy and is never defined so musicians can be creative.” Bob James thought Matsui was creative enough when he asked her to tour Japan and the United States with him on a “four-hand piano tour,” where they both sat and played at the same piano. She collaborated with James on his Dancing on the Water CD in 2001 (which also featured Joe Sample) and included a James-Matsui song on her Deep Blue CD.

Although smooth jazz has struggled to gain fans in Japan, Matsui says the music is finally catching on. She performs about 10 shows a year there. Because she spends a lot of time on the road all over the world-from Japan and the United States to South Africa and Moscow-Matsui has two homes, one in Japan and one in Huntington Beach, Calif. She and her husband have two daughters, who often travel with them when they are not in school. “My mom, who lives with us, takes care of them,” Matsui says.

“I’m asked by many people to do benefits,” she says. “We select one or two causes each year. We like to share what we have, because we have a good life and a good family. It’s part of our thanks to the heavens.”