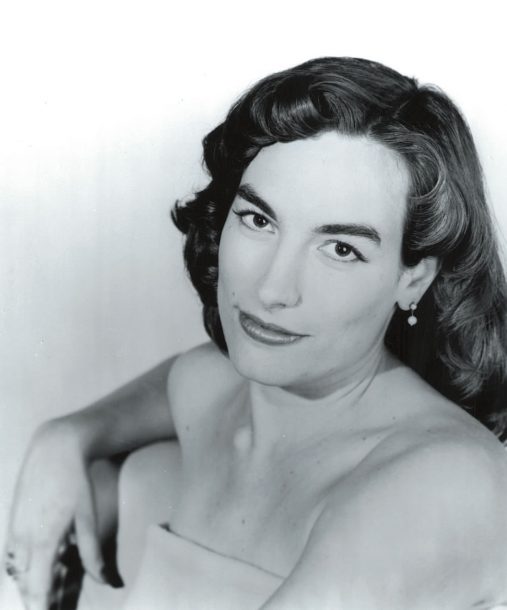 Following in the wake of three mega-successful recordings with the eclectic Squirrel Nut Zippers, including 1996’s platinum-selling Hot and last year’s Perennial Favorites, singer Katherine Whalen is stepping out to test the solo waters with Jazz Squad, her debut on Mammoth Records.

“I felt like I was needing some extra-curricular stimulus apart from the Zippers,” says the North Carolina chanteuse, whose dark, alluring voice has been frequently and favorably compared to Billie Holiday. “I felt like I needed to sing with a piano player and sing with some other horn players and really tackle some real jazz…more standard stuff.”

On emotive, bittersweet renditions of standards like “My Old Flame,” “Yesterdays,” “There Is No Greater Love,” and “Just You, Just Me,” Whalen conveys the lyrics with understated power and a natural affinity for swing. Backed by a core quintet, including fellow Zippers Jimbo Mathus on guitar and Stu Cole on bass, she conjures up an intimate, affecting vibe that goes down as easy as latenight cognac. Whether the mood is jaunty (“My Baby Just Cares for Me”) or melancholy (“Yesterdays”), coquettish (“Greater Love”) or sassy (“Now or Never”), fragile (“My Old Flame”) or lithely swinging (“That Old Feeling”), Whalen casts a spell on listeners with her sultry delivery.

“Those tunes cover my main influences up ’til now,” she says of the vintage material on Jazz Squad. “Theversions thatI learned the songs from are mostly by Billie Holiday or Chet Baker.” She concedesthat the album opener, an effervescent though breathy version of the mid-’20shit “Deed I Do,” is a direct homage to another important vocal influence, New York cabaretsinger Blossom Dearie. “She’s kind of obscure,” says Katharine. “You have to look a little harder to find her records. Someone actually turned me on to her and I’m so glad they did.