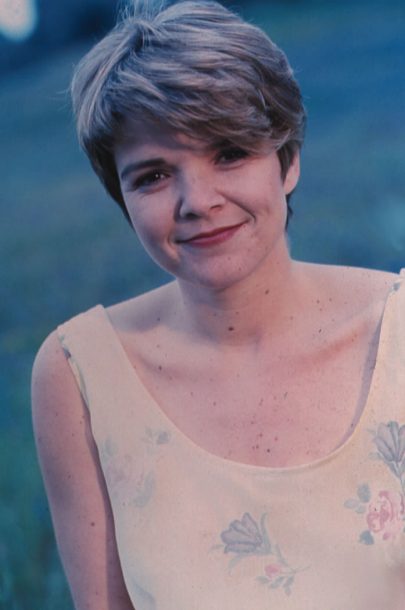 Karrin Allyson’s fifth Concord release, Daydream, is a deft, eclectic mix of bebop, Jobim, standards and the blues that not only proves the diversity of her vocal gifts, but also that this Kansas City resident definitely can swing. In addition to an adroit band stocked with the first rate Kansas City players who are her regular collaborators, Karrin is joined by the master of the four-mallet vibraphone, Gary Burton, and trumpeter Randy Brecker, both fellow Concord artists.

A real highlight is her “Monk Medley,” arranged by pianist Laura Caviani, who plays on the track as well, which brings together vocal versions of “Straight No Chaser,” “Blue Monk,” and “I Mean You.” Not surprisingly, Karrin reveals that she’s “a huge Monk fan. My friend Laura, who’s a pianist in Minneapolis and I have done a number of Monk shows together. On my last recording, Collage, I also did a version of his ‘Ask Me Now,’ which is a really heavy composition. Monk’s songs are kind of quirky, a nice departure from other standards. They’re great to sing and intervalically and rhythmically, very challenging but a lot of fun as well.”

In addition to gigs around KC, this year has found Karrin teaching at vocal workshops and performing in places as diverse as Brazil, Carnegie Hall for an Ella Fitzgerald tribute, and the city of lights, Paris. An admitted francophile, Karrin’s fascination with French culture started in college when she fantasized about being an exchange student. For the past eight years, she’s co-led a group with guitarist Rod Fleeman, Karrin Allyson and the French Connection.

“The group’s repertoire is split between jazz and cabaret,” she explains, “everything from Edith Piaf to Cole Porter’s ‘I Love Paris,’ to the Beatles’ ‘Michelle.’ It’s become quite a popular group around Kansas City. I played Paris this year and would really like to spend more time there.”