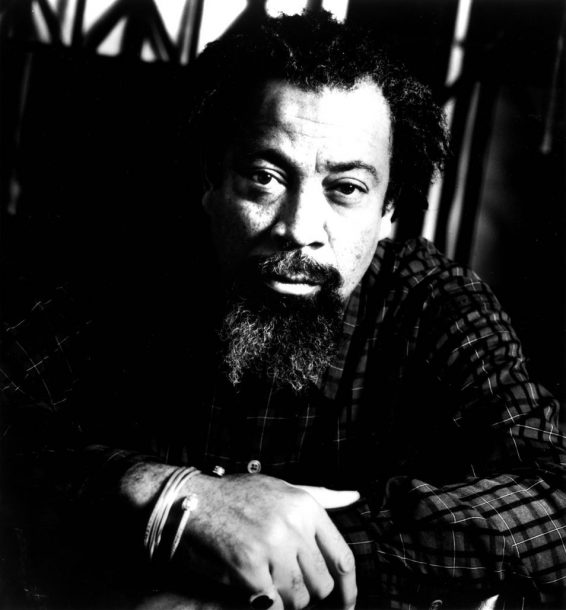 The creative cross-talk between poetry and jazz extends back decades, and yet it’s still a kind of wide-open frontier, awaiting standards.

Poet Kamau Daaood’s own claim to the fragile bridge between jazz and words dates back to the ’60s, when he served as a “word musician” in pianist Horace Tapscott’s influential Pan African People’s Arkestra, but Daaood’s fine new project, Liemert Park, on the MAMA Foundation label, is his official debut under his own name: it’s good news for the realm of spoken word, jazz division.

Here, longtime Los Angeleno wordsmith and civic/cultural spark plug deftly blends spoken word with musical settings, laid down by such comrades as Tapscott, Billy Higgins (on drums and, on one tune, acoustic guitar), James Newton, Nate Morgan and Michael Session. The album’s title refers to the area in Los Angeles which has experienced a cultural renaissance of late, revolving around the World Stage, a celebrated club-workshop founded and kept alive by Daaood and his friend, Billy Higgins.

“He never ceases to amaze me,” Daaood says of Higgins. “A lot of times, we’ll be down at the World Stage and he’ll get up on stage and start scatting.” In fact, the album originated after Daaood collaborated with the B Sharp Quartet, which had its start at the World Stage. The quartet’s Herb Graham, Jr. is the album’s producer.

The popularity of Hip Hop culture and the street-wise rhapsodies of rap may help prepare uninitiated listeners for veteran poet Daaood’s emergence. There may be similarities with rap: “Basically,” Daaood comments, “we are dipping from the same creative pool, with different types of filters.”

But the messages he delivers are gritty and life-affirming, by turns. “That’s the dichotomy, the agony and the ecstasy. That’s what we’re placed in the midst of, different scenarios, different situations, different props. It’s the adversities that seem to sharpen us and clarify us most.

“I would love to, in the future, do a piece entitled ‘Trees,’ with maybe nothing but bassists and drummers, nothing but wood and explore that. But I don’t know that reality. I’m a child of asphalt.”

He’s also a child of a highly-charged music scene, and sees the album as a chance “to do something with a lot of the musicians who have either inspired me, both as mentors and those who were my rank and file, coming up in the arts in Southern California.”