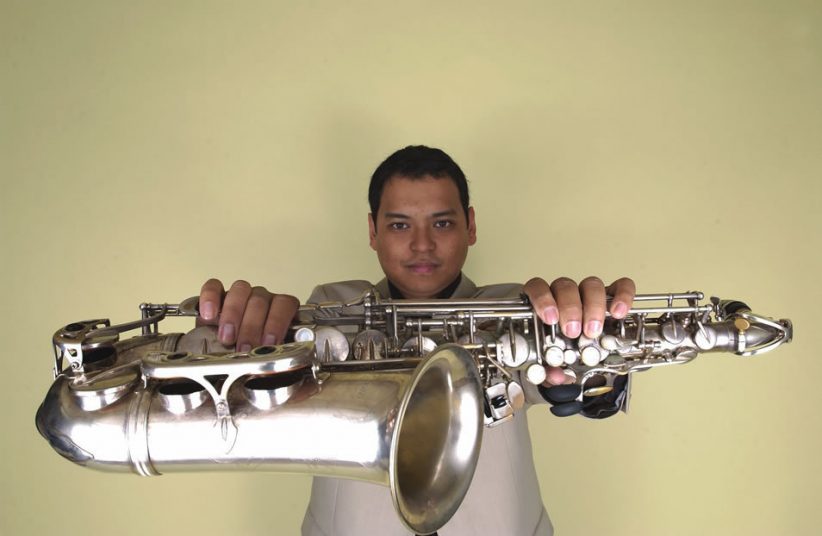 One can hope that Just the Beginning is indeed that for altoist Julius Tolentino’s recording career, since his debut album is nearly everything a recording of straightahead combo jazz ought to be. It has excellent tunes, including Benny Golson’s “Domingo,” Billy Eckstine’s “I Want to Talk About You” (which Coltrane recorded), and Jackie McLean’s “Quadrangle,” along with a popular standard and attractive originals by the leader and his band mates. And it features a cadre of superb players in Tolentino, trumpeter Jeremy Pelt, trombonist Steve Davis, pianist Jeb Patton, bassist Vicente Archer and drummer Willie Jones, III.

The altoist cites Jackie McLean as a mentor, and McLean’s influence is immediately apparent in Tolentino’s tightly focused, pleasantly piercing tone, much like those of McLean and Kenny Garrett. Then on Pelt’s exotic “Pharaoh’s Curse,” the altoist executes some hard-swinging figures that could have been played by McLean himself in the ’60s. The beauty of Tolentino’s sound and his ability to make a line sing are especially evident in “Letter to Illinois,” a tribute to his former employer Illinois Jacquet. In an interesting change of pace, the group emulates an Ornette Coleman quartet on “Quadrangle,” with the leader spinning phrases often suggestive of the free-jazz icon himself.