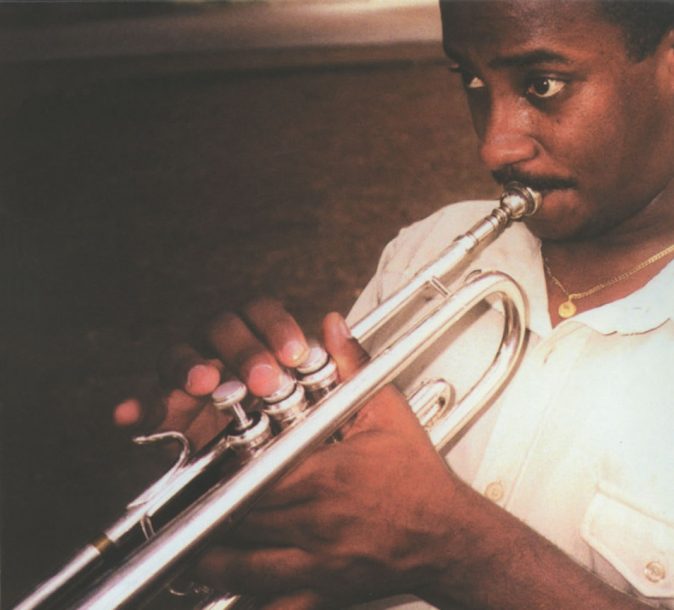 Descarga Santa, on the Swiss label RealRhythm, is a live jam billed to Julio Padrón y Los Amigos de Santa Amalia, a group of friends from his Havana neighborhood who have jammed together for over 10 years; his Sunnyside release, Buenas Noticias, is a produced studio date that provides superb insight into his musical character.

“What makes these CDs so special is the affinity I have with the musicians on these recordings,” says Padrón, in Spanish, while in New York City. “I’ve played with them for a long time and we understand each other. Even if we haven’t seen each other for a while, when we get together and play, we can do it blindfolded.”

Padrón, 30, believes that “it’s more beautiful to create phrases than deliver a lot of notes,” and you hear his lyricism on the bolero “Tu Mi Delirio” and the upbeat street-happy groove of “Mozambique 2000,” both on Buenas Noticias.

“I wanted to honor Pello el Afrokan [creator of the mozambique rhythm]. In the 1960s he was very popular. I started using the theme of his song “Mozambique” in my improvisation at the clubs where I was performing and it drove people crazy. Here I arranged it with a rubateo, which means the ensemble plays with a slight delay to give an offbeat feeling.”

It was Padrón’s father, a professional musician who played with Beny Moré’s legendary Orquesta Gigante, who introduced him to music. The trumpeter studied at the prestigious National Arts School in Havana, where he heard recordings by Dizzy Gillespie and Miles Davis. Padrón’s tenure in the ’90s with Chucho Valdés and Irakere certainly fortified his interest in jazz, but it’s not all that he is.

“I appreciate jazz, but I’m a rumbero. The real jazz players are in North America-Wynton Marsalis and others-but we do share something. Jazz is about picardia [spice] in the music. It’s about a music that doesn’t exist on the page. It’s about imagination and creating something new. We do that too in Cuban music.”