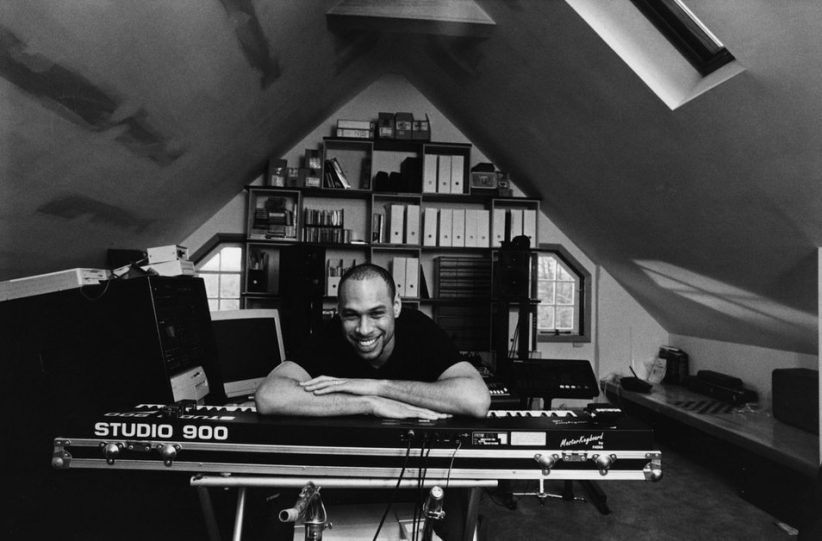 Redman, his wife, Gabrielle Armand, and a cat live in a corner house on a quiet street in an upper middle-class enclave in New York’s Westchester County aptly named Sleepy Hollow. While the house and its interior mirror a sense of contentment, it is also very simple, almost ordinary. There are few decorations and no art on the walls. It is neat and functional, with few personal touches. Redman says he is happy “in this house on this street in this village,” but he lives for the moment: he could either move soon or stay for the rest of his life.

There is a small library in his living room, and the titles are truly impressive: Karl Marx’s letters and Das Kapital to Roland Barthes to Milton’s Paradise Lost. While these books are from his Harvard days, Redman says he re-reads the great books and he enjoys his daily ritual of digging into the New York Times with a cup of coffee by his side.

Redman says he enjoys classical music, but listens to it less than many other jazz musicians. He finds his emotional and spiritual outlets within jazz, and in the music of Stevie Wonder, or in films such as Stanley Kubrick’s Dr. Strangelove and A Clockwork Orange or Francis Ford Coppola’s Godfather or Louis Malle’s films.

In his simple attic studio, Redman has assembled mostly up-to-date recording technology, but he begins most of his compositions by picking at the piano, never composing directly via the saxophone. He uses a computer for sequencing, sometimes keeping a basic melody alive while experimenting with the sound on his saxophone.

But technology is not a priority. He says that his favorite records “sound great on bad speakers” so he still listens to low-level Sony speakers that he has owned since 9th grade. In order to get the turntable working, he has to put a nickel on the tone arm so that it balances properly.

His turntable might be shaky, but Redman has the proper balance in his personal life. His marriage three years ago greatly transformed him. He found his soul mate and the security of the relationship has made him more certain about what he calls “life’s values.” Other than his music, he enjoys simple pleasures, which he lists as sleeping-he doesn’t get enough of it because he still sometimes jams until 5 a.m.-reading and eating, preferring a diet of Indian, Thai and Japanese food. Quite a well-balanced diet, naturally.

What’s the last book you read?

William Faulkner’s The Sound and the Fury.

For the Love of the Game-on an airplane, not by choice.

What kind of car do you drive?

I have everything from the Gap to Prada.

What’s the last CD you listened to?

What kind of software do you use?

Logic for sequencing. And I just got Finale notation software.

What was the last Web site you visited?

I checked out www.weather.com before my Australian tour.

What kind of watch do you wear?

Citizen. It is the first birthday present my wife gave me, way before we were married.

What would you be if not a musician?