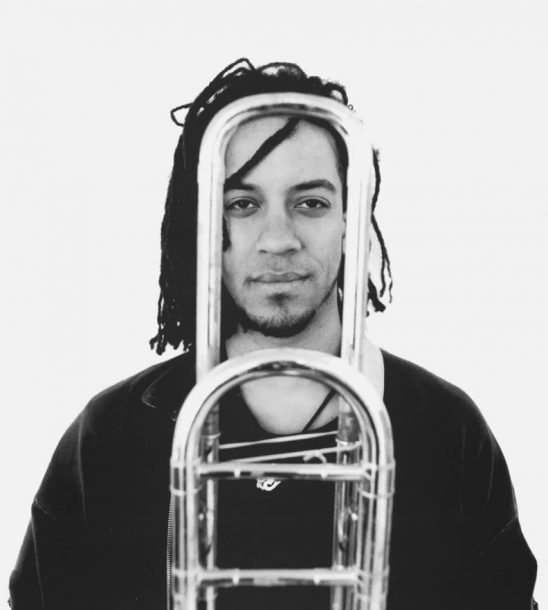 “I think of myself as a synthesist of sorts,” says trombonist/bandleader Josh Roseman. “I’ve been fed by so many different forms of music. I would like to put out records that demonstrate how all the stuff makes sense without canceling each other out.”

He succeeds on Cherry. From start to finish, Roseman’s audacious debut for Knitting Factory/Velour revels in satirical deconstruction and irreverent retranslation of familiar pop themes he grew up with. The opener, a skewered ska take on Elvis Presley’s hit “Don’t Be Cruel,” instantly marks him as a renegade with a wacky streak. Elsewhere, an urgently swinging, reharmonized treatment of the Beatles’ “If I Fell” and a kitschy interpretation of Burt Bacharach’s “In the Land of Make Believe” stand alongside three Sun Ra originals and similarly twisted interpretations of Led Zeppelin’s “Kashmir,” Marvin Gaye’s “Just to Keep You Satisfied” and Kurt Cobain’s “Smells Like Teen Spirit.” On the CD, the Josh Roseman Unit is a crack band of kindred renegade spirits: guitarists David Fiuczynski and Ben Monder, drummer Joey Baron, bassist Scott Colley, organist John Medeski and the late trumpeter Lester Bowie.

“I’m very much enamored of the renegade school of bandleading,” says Roseman, “because that’s where a lot of the roots of the soul, the spirit, the original primordial spirit of this music comes from. That’s one of the reasons why this record is dedicated to Sun Ra and to Lester Bowie. Those are two heroic figures and role models for this kind of music. And I’m just following their example by trying to shake some stuff up now. It’s about creating a context where players can really honestly be themselves and really be expressive, and trying to sprinkle a little hipness on folks in the process.”

A co-founder of Groove Collective and the Brooklyn Funk Essentials, Roseman is gearing up for a straightahead record later this year. Meanwhile, he is already at work on a ska-flavored side project and will be delving heavily into electronics via his custom-made “cyberbone” on the next Josh Roseman Unit recording.

“The trombone is a Victorian instrument and the cyberbone is of the 21st century,” he says. “And at this point I like to deal with them separately. I don’t want to get chocolate on my peanut butter, so to speak.”