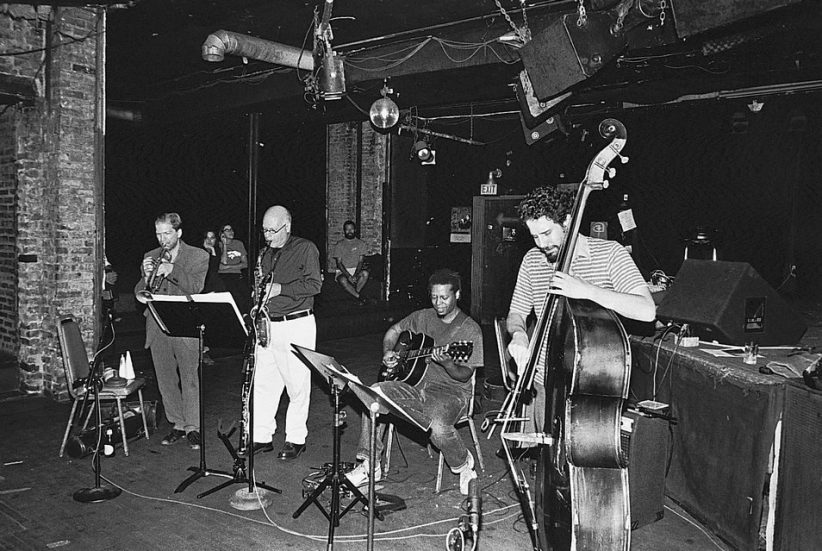 Chicago-based bass player Josh Abrams has dropped grooves for the hip-hop outfit the Roots and has been spending time with Town and Country, a postrock ensemble that takes a few cues from Morton Feldman. The eclectic Abrams’ latest project, Cipher (Delmark), finds him moving into jazzier realms. Here, he takes full advantage of some of the talent floating around Chicago these days. Reedist Guillermo Gregorio and trumpeter Axel Dorner have international reps, but they currently live and play in the city. Abrams matched them up with another local, guitarist Jeff Parker.

They are all distinctive players but also, as it turns out, players with overlapping range. Gregorio’s interest in distanced, reimagined West Coast cool dovetails nicely with Parker’s melodic, self-effacing, Jim Hall-like style. Both of them have little trouble moving into more abstracted settings, however, where one typically finds Dorner-known primarily for his well-developed, nonstandard horn techniques. With a light hand, Abrams steers the group through everyone’s comfort zones. Abrams’ lovely “Neb Nimaj Nero” places Parker’s guitar in the center and could have come off of the guitarist’s last Delmark recording, the mellow Like-Coping. Gregorio’s complementary composition “Space Modulator” finds the group in the same territory as Franz Koglmann’s heady, West Coast jazz revisionist Monoblue Quartet.