Skip to content
Become a member and get exclusive access to articles, live sessions and more!
Start Your Free Trial
Home > JT Archives > Johnny B. Moore 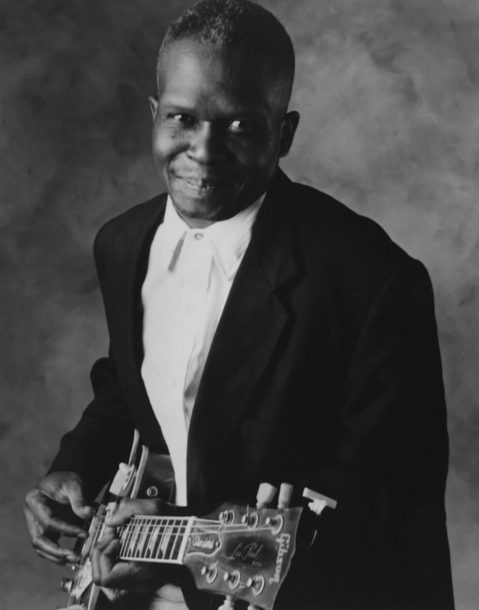 As more blues guitarists are turning to bigger amps and distortion pedals to help them get over with the blues-rock faction, Johnny B. Moore remains faithful to the straight ahead Chicago blues tradition. Moore still plays the same 1960 Les Paul guitar that he’s had for the past 30 years. And he plays it direct to the amp with a confident, no-nonsense approach. “It’s heavy but it’s got a great sound,” he says of his vintage ax. “It makes the blues sound real clear, the way I like to hear it.”

On his fifth recording as a leader, Troubled World (Delmark), Moore showcases the same sparkling, clean-toned lead lines and growling, real deal vocals that have been his signature since he was a sideman in Koko Taylor’s Blues Machine during the mid-’70s. There is a chilling authenticity to his versions of Guitar Slim’s “The Things That I Used To Do,” Sonny Boy Williamson’s “Keep It To Yourself,” Jimmy Reed’s “I’m Goin’ Upside Your Head” and Muddy Waters’ “Walkin’ Through The Park.” But the one tune that rings the truest is the title track. “That’s my blues,” Moore says proudly. “It took me about three months to write that song. It’s just the way I see the world, what’s happening in the world today.”

Born on January 24, 1950 in Clarksdale, Mississippi, he grew up seeing such great bluesmen as Robert Nighthawk and Jimmy Reed before his family moved to Chicago in 1964. It was his godmother, Letha Jones, widow of Chicago piano great Johnny Jones, who encouraged Moore’s interest in the blues. “She’s still got all those old 78s I used to listen at…the way-back blues from the ’30s, ’40s and ’50s,” he says. “That’s how I picked up a lot of those old traditional blues tunes. And now I try to sing ’em my way.”

Joining Koko Taylor’s band in 1975 was a turning point in Moore’s career. He got his first studio exposure playing on her Earthshaker album, then left in 1977 to join Willie Dixon’s Chicago Blues All-Stars. “I just went deeper into blues,” he says. And there’s been no turning back.