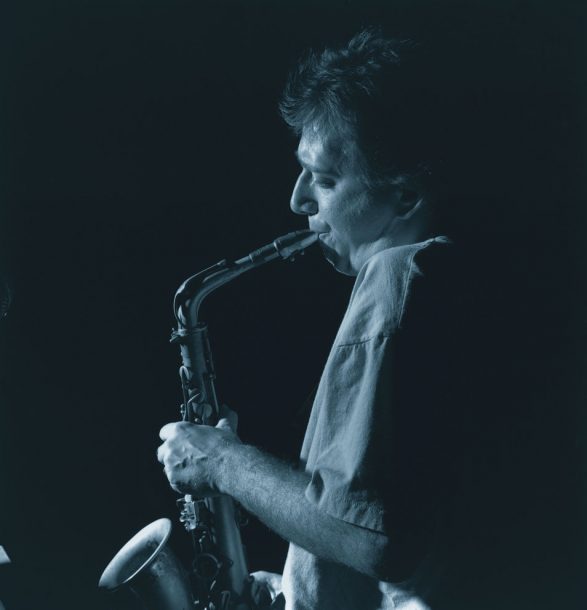 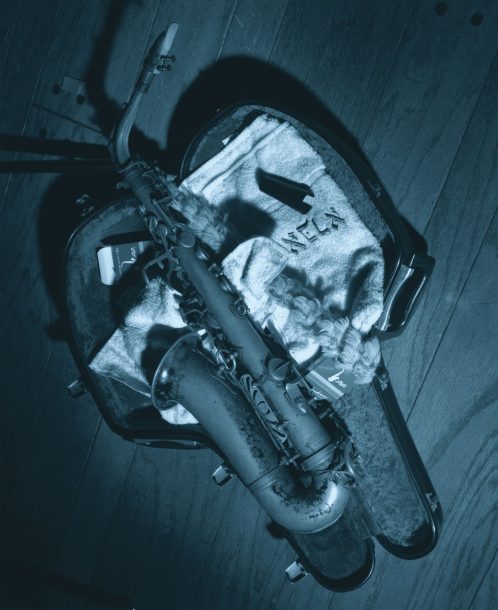 (In separate interviews, two of the music’s most intelligent iconoclasts, Wynton Marsalis and John Zorn, talk about the future of jazz.)

From humble beginnings as one of the key figures on New York’s so-called Downtown improvisers scene of the late ’70s, upstart saxophonist-composer John Zorn has emerged as an important and influential figure in the avant garde/ experiment scene.

Zorn’s triumphs over the past 20 years have been many, including running his own thriving and fiercely independent record label, Tzadik. When I first met him in 1981, he was blowing duck calls in buckets of water at fringe venues like 8BC, Roulette, Chandelier and his own tiny clubhouse, the Saint. By the mid-’80s, he had developed a number of sophisticated ‘game theories’ that involved strict rules, role playing, prompters with flashcards, all in the name of melding structure and improvisation in a seamless fashion. A breakthrough was his piece “Track & Field,” which was performed in 1984 by a dozen or so musicians at the prestigious Public Theater.

As his experiments began to be taken more seriously by the critical community, there followed more showcases at New Music America, the Brooklyn Academy of Music and the Whitney Museum. Sensing that Zorn was emerging as a significant new voice-the poster boy for post-modernism, as he once quipped-Elektra/Nonesuch Records signed him to a lucrative, high-profile deal and released a string of important works including The Big Gundown, Zorn’s 1985 meditation on the music of composer Ennio Morricone; Spillane, featuring Albert Collins and the Kronos Quartet; Spy vs. Spy: The Music of Ornette Coleman in 1988; and Naked City in 1989, featuring the album’s titular avant superband with Bill Frisell on guitar, Joey Baron on drums, Fred Frith on bass, and Wayne Horvitz on keyboards.

Since forming Tzadik in 1995, Zorn has been incredibly prolific as a composer. He has created a variety of works including string quartets, piano concertos, chamber pieces, music for children, and compelling new music for his brilliant acoustic klezmer-meets-free-jazz band, Masada, featuring Dave Douglas on trumpet, Joey Baron on drums and Greg Cohen on bass. The current discography for Tzadik numbers over 150 and includes provocative original material by kindred spirits like bassist Bill Laswell, trumpeters Wadada Leo Smith, Steven Bernstein and Dave Douglas, violinist Eyvind Kang, and drummer Milford Graves, with whom Zorn has performed some scintillating free duets over the past couple of years. He has also performed and recorded with the hellacious power trio Painkiller, and Zorn continues to tour frequently with Masada and also plays occasionally with the harmolodic punk-funk band The Young Philadelphians.

I spoke to Zorn in the comfort of the same East Village apartment he has lived in for the past 22 years. Surrounded by his imposing and rather sprawling record collection, he spoke candidly about the state of his art, the nature of commerce, and the prospects for adventurous, art-conscious independent labels.

JazzTimes: Generally people regard each new year as a chance to reinvent oneself. And I would think the act is even more symbolic as we head into a new millennium.

Zorn: Every day is a chance to reinvent oneself, but the problem is that we’ve been so beaten down by the powers that be that people are happy to be asleep now. What I’ve been seeing is really fucking depressing and I don’t see anything turning it around. I see enormous corporations acting like slave masters, like the return of the pharaohs. I see co-opting all around. I see McDonald’s everywhere. I see the destruction of what you and I love, the small mom and pop stores-people that love the music and that’s why they have their store. I see that being replaced by Tower, HMV, Virgin. And then I see conglomerates; giant corporations merging together to get even more powerful, like that big thing that just happened with Polygram and Universal. So what are we gonna have in another hundred years? We’re gonna have the world owned by one corporation. We’re gonna have all the artists signed to this one label and anyone not signed to this one label is going to be outlawed. We’re gonna have art police running around looking for small labels and independent artists that are not tied up. And we’re gonna have an inquisition. I mean, we basically have an inquisition now.