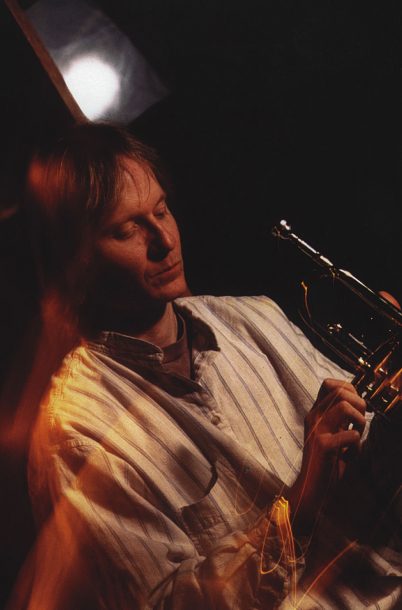 Philadelphia trumpeter John Swana’s fifth Criss Cross recording is a two trumpet tryst with Joe Magnarelli entitled Philly-New York Junction. It all started with a gig in Philly last April, when the two brassmen hooked up for a gig at Ortlieb’s. “We had such a blast,” Swana recalls, “just hanging and playing that when I spoke with Gerry Teekens, over in Holland, and told him about the gig, he suggested we record together. When two trumpeters meet, it can easily be a cutting session, but here we just tried to inspire each other.”

Swana was inspired to play the trumpet when he heard his high school jazz band play such Stan Kenton charts as “Pegasus.” He got serious about the horn when he transferred to Temple University and studied with Mike Natale. After he graduated, Swana began sitting in around town and fondly remembers an early session with Philly Joe Jones on drums and Hank Mobley on tenor, at Gert’s Lounge. The club’s soulful, swinging Monday night organ jams also introduced him to Don Patterson and he worked with the organist as well.

Swana’s first Criss Cross recording, Introducing John Swana, was released in 1991 and although it met with a very positive reaction, he resisted the temptation to move to New York: “I did move to Jersey City for a couple of years, but kept working gigs in Philadelphia. I could never seem to cut the Philly umbilical cord.”

Today, he’s one of Philly’s busiest trumpeters, working almost non-stop in a variety of formats. He reports that there are any number of “good players in town these days. It’s easy to find at least two or three really strong musicians on each instrument with the emphasis for gigs on hard bop. There’s a good straight ahead scene here.”

Like any trumpeter, John Swana’s daily regime includes considerable practice because he seeks to “keep establishing my voice and improve technically so I can become even more expressive.”