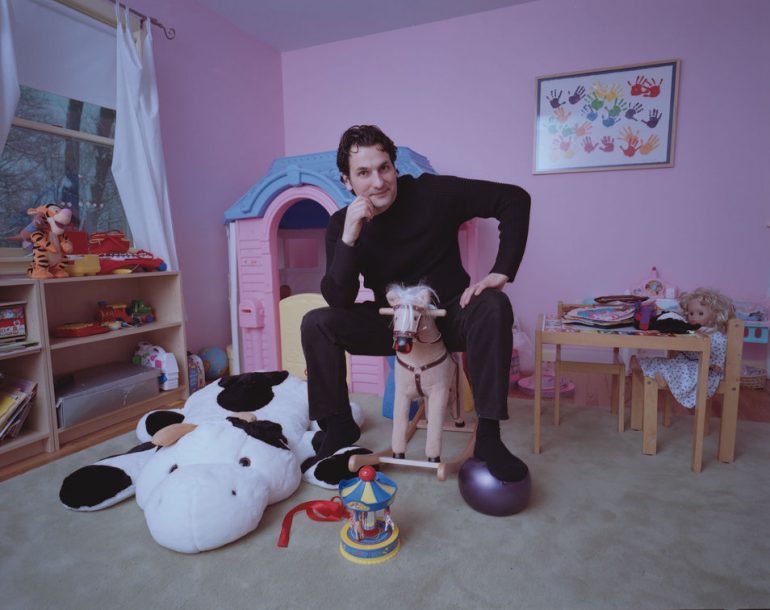 “Daddy, you’re goofy!” John Patitucci’s daughters tease as they chase him around their home in Westchester County, N.Y. “That’s right,” he replies, dividing his attention between his daughters, wife and to-do list for his imminent trip to Asia to tour with Herbie Hancock and Michael Brecker. “Between my wife and me, we’re covering a lot of ground,” he smiles.

Patitucci grew up in New York, moved to California for a while then headed back to the Big Apple, where he started New York City’s Bass Collective. While he has a teaching position at the City College of New York , Patitucci’s best-known work is as a first-call sideman and bandleader. His abilities on acoustic and electric bass have brought him together with saxophonists Stan Getz, Wayne Shorter and Chris Potter, keyboardists Chick Corea, Danilo Perez and Brad Mehldau, trumpeters Roy Hargrove and Freddie Hubbard, drummers Roy Haynes and Brian Blade and many others.

Music runs in the Patitucci family: John’s wife, Sachi, plays cello and his daughters are developing their own musical style. “They run around, they’re rhythmic and they’re always singing,” Patitucci says. “Gracie is getting ready to go to kindergarten, and Bella, who’s only two, has been taking Musical Munchkin classes.”

With a basketball hoop in the driveway, the kids’ drawings on the kitchen wall, a big-screen TV by the fireplace and a grand piano in the living room, the Patituccis’ spacious home is cozy and inviting. The parents’ room combines modern decorations with soft fabrics and subtle colors-so it’s a bit shocking to see the girls’ playroom, which is as pink as cotton candy. The joyful space contains puppets, balloons, stuffed animals, tea sets and all manner of toys.

Gracie and Bella get hang-time with Patitucci’s luminous business associates, too. “They’ve hung out with Wayne [Shorter] and all the guys-Herbie, Chick. My daughters see music as a life, not just an abstract thing they’re daddy does. That’s different than when I grew up.

I wasn’t around all these guys-they were abstract people I had hoped to meet someday.”

Showing that they are comfortable with daddy’s company, the girls hover around throughout the interview. At one point Gracie grabs a plastic horse from a stack of toys the girls keep by the TV and says, “Her name’s Caitlin. Her foot broke off.” Not to be outdone in show-and-tell, Bella blurts, “This is a frog. It goes ribbit.”

The sisters’ active natures keep John and Sachi busy, especially on Sundays, when the family hosts community dinners. “We have a home group that meets every Sunday afternoon from our church,” Patitucci says. “There are 15 children, so we have a lot of folding chairs.” His involvement in the church brings him responsibilities and rewards. “The most important thing is my relationship with God-that affects everything I do.”

John and Sachi’s stretch of fortune has not always been seamless. They devoted 1995’s One More Angel (Concord) to the loss of their two unborn children. “They know all about it,” Patitucci says, motioning toward his daughters, who are in earshot. “For my wife and me, it made us stronger as a couple. We had been very close, but we got even closer. It was the hardest thing we had ever been through, but when Gracie and Bella came, it made it that much more beautiful.”

Food? “I love Japanese food. My wife can cook Japanese-she’s half Japanese, and her mom makes mean sukiyaki. But I cook Italian food, mostly. I was raised in that tradition.”

Books? “I read theology books. When I was younger, my brother and I used to read science fiction, but then I got into poetry and the Russian guys like Dostoevsky.”

Clothing? “A lot of musicians, we tend to like black. Now that we have kids, I can’t afford to drop a lot of bread on clothing, but I’m into Italian clothes.”

Sports? “When I was a kid, I was a huge Mets fan, but when I moved back, I became a Yankees fan like crazy. I wasn’t that good a baseball player as a kid, but when I’m in Japan, I go to the batting cages.”

Computer? “We have a Mac, like most bassists. There are a lot of Macs around. We’re getting ready to buy another computer. It would be nice to have a Powerbook so I can e-mail on the road.”

Vacations? “We would like to take [Gracie and Bella] skiing. My wife and I haven’t even been skiing together, and we’ve been married eight years.”