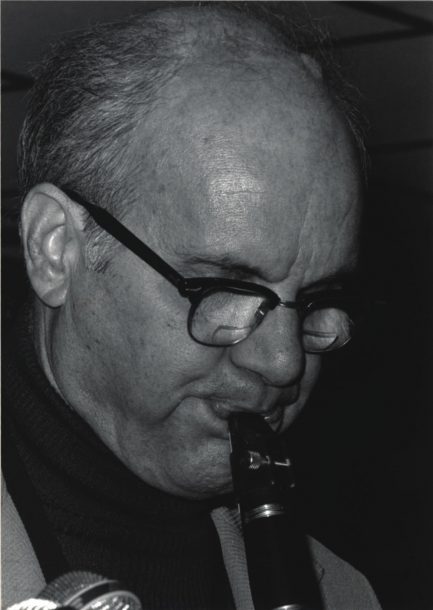 He’s recorded just nine albums as a leader, and only three since 1961, instead spending much of his life developing jazz-education curricula and teaching at Berklee College of Music. He’s well-known in education circles and among the “modern jazz cognoscenti,” but virtually unknown elsewhere. But with the release of his autobiography, Playing It by Ear (Cadence Books, 2001), the compilation CD Theme and Variations (Fantasy, 2002) and I Remember Woody (self-released, 2003), the jazz world at large has the opportunity to know more about the wonderful saxophonist, clarinetist, educator and composer John LaPorta.

Born in 1920, LaPorta was brought up in Philadelphia. By nine he was studying clarinet, eventually with Wilhelm Dietrich, the first chair with the Philadelphia Orchestra. But the lessons stopped when LaPorta’s father suffered an incapacitating stroke. Dietrich offered to continue the lessons free of charge, but LaPorta was too disheartened to immediately go on with formal studies.