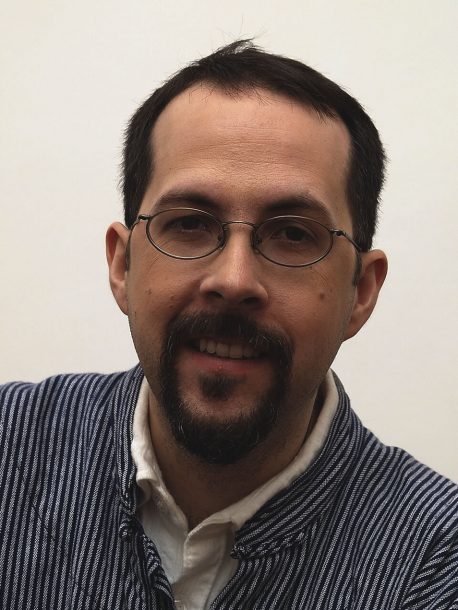 Late October into early November is the high season of Seattle’s annual jazz calendar, because that is when the Earshot Jazz Festival happens. The 2003 version of the festival, the fifteenth, featured more major names than ever before, including Dave Holland and Joshua Redman and Bill Frisell and Ravi Coltrane and Keith Jarrett’s Standards Trio. But one of the brightest, freshest, most stimulating evenings at this year’s event was provided by a little-known ensemble named for a fan who abandoned them.

Drummer/composer/leader-of-record John Hollenbeck told the story of Claudia, attractive and bubbly, who, between sets at the band’s first-ever public appearance, gushed her love for their music, vowed to be there for every remaining night of the gig and disappeared forever. The fact that this band chose Claudia for its namesake and muse speaks to their droll postmodern aesthetic-a sensibility revealed in their opening number, “The Arabic Tune.”

In their particular instrumental blend of percussion and string and bellows and wind instruments, the Claudia Quintet sounds like no other. The participants are Hollenbeck on drums (who writes all the band’s material), Matt Moran on vibraphone, Drew Gress on bass, Ted Reichman on accordion and Chris Speed on clarinet and tenor saxophone. Some of these players are leaders, and all are strong individual voices. Hence their decision to play team roles demonstrates commitment to this project. The Claudia Quintet is not about theme-and-solos. Constantly evolving thematic shapes and solos are not separate. “The Arabic Tune” began as complex yet airy textures. Intricately notated designs created brief moments when single instruments found themselves alone, but mostly the ensemble rose (to a din) and fell (to the final delicate pointillism) together.

The tone of the evening was established by Hollenbeck’s utterly deadpan, slightly twisted song introductions. The second piece, he explained, was written for a swimmer who won a gold medal in the women’s 200-meter butterfly at the 2000 Olympic games. “Her name…inspired me,” Hollenbeck said. “Misty Hyman” was a harder, louder song, like a pumping, splashing dash to the finish, with Reichman’s braying accordion out front. Yet even in this more aggressive tune, the huge swings in dynamic range meant that the music sometimes got quiet. With this band, the subject is always the ensemble and its collective gestures. Tight unisons spun loose into free group interplay, then returned to the score, reconfigured.

The third tune, “Just Like Him,” had an opening section that Hollenbeck confessed had been directly stolen from a former girlfriend who was also a composer. (“The relationship ended badly,” he shared.) Melodies accrued and accumulated. The eclecticism of this band provokes, moment to moment, attempts at classification like “neobaroque” and “chamber jazz” and “pancultural folk music.” But each of these descriptions, once applied, becomes obsolete, because the music moves on. Hollenbeck is an enormously accomplished and versatile percussionist, yet even when he cuts loose, his patterns are elegant and musical. For all the unorthodox harmonies and unexpected structures of his compositions, his music is approachable because of its lyricism and wit. There is lightness, but there is also concentration. In a program of six concise tunes, not a note felt wasted.

The best piece was the closer, and it was a departure in that its emotional sources were serious. “Adowa” was written in memory of Hollenbeck’s late grandmother and comes from a West African ceremonial funeral song. Yet even here, the affirmative mood of the concert was sustained, because this motif from Ghana was as celebratory as a New Orleans funeral march. Hollenbeck unleashed complex, tumbling polyrhythms; Chris Speed on tenor rattled fierce riffs; Matt Moran’s four mallets rang out in the spaces between.

On the Boards, in Seattle’s Lower Queen Anne district, is a right-sized venue for jazz (capacity 550), with superb acoustics. The balanced, clear sound for this concert, the work of Dan Mortenson, was essential to the experience of music so dependent on detail and nuance.